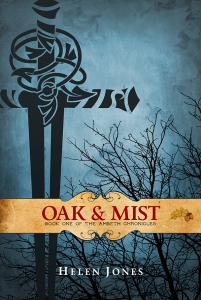 Last week, I wrote a post about a marketing experiment I was doing, the main objective being to increase my readership and, hopefully, generate some interest in my upcoming new release, No Quarter. I decided to offer Oak and Mist, the first book in the series, free on Amazon for a limited time, hoping to capitalise on some positive reviews. 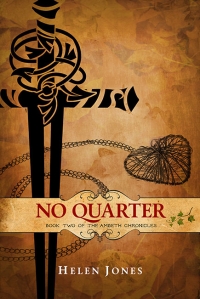 I took advantage of the free five day promotion from Amazon, part of being enrolled in KDP Select. You get five days out of every ninety to list your book as free – you can either run the days all together, or break them into separate promotions. I chose to run the five days together, hoping to maximise my exposure. I also ran three paid advertisements during the promotion – one with Booksends, one with E Reader News Today, and one with Robin Reads.

So how did it go?

I ended up having 4415 people download Oak and Mist for free. Even if only twenty per cent of those people actually read the book, I’ve still substantially increased my readership, and potentially will be able to sell subsequent instalments in the series. I also noticed a large increase in my KENP pages, for which I get paid royalties, and sold several paperbacks as well. I received a new 5 star rating on GoodReads, and several more people on GoodReads marked Oak and Mist as ‘currently reading.’

In terms of the paid advertising, I ran ads on the first, fourth and fifth day of the promotion, and on each of those days my downloads increased dramatically to over a thousand per day, propelling me into the top ten Amazon free books (I reached number 8). The days on which I did not advertise averaged at about three hundred downloads. I supported the promotion with a couple of tweets per day – most of which were picked up and retweeted. I was also fortunate to receive some wonderful support from fellow bloggers (you know who you are, and thank you once again!). Chris The Story Reading Ape was kind enough to post a promotion on his site, which was then reposted by several other bloggers.

In conclusion, this was a successful marketing exercise for me. I’ve increased the audience for my books and, hopefully generated some momentum for No Quarter, the second novel in my Ambeth series. The KENP and paperback royalties I received as a result of the increased exposure have already covered much of my advertising costs, and it was wonderful to get another five-star rating. I believe the complete results of this promotion are yet to be seen, and will be keeping an eye on reviews and reader stats over the coming weeks.

I write books because I want people to read them. I love Ambeth and the characters who live there, and it gives me great pleasure when other people enjoy the books. I had no problem in offering my work free for a limited time, and will definitely be employing a similar promotional strategy when I release Hills and Valleys, the third book in the series.

I’d love to hear about your own marketing experiences, and whether they were successful or not. I think our blogging community is such a great and generous resource for self-published authors – I know I’ve learnt so much already.

17 thoughts on “A Marketing Experiment – Follow-up”