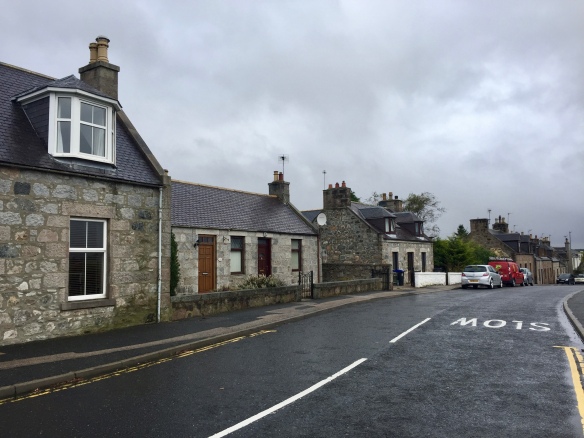 The next morning I woke early and went to breakfast – to find several of the group already there, including our guide. We hadn’t realised we were staying at the same place, so it was a nice surprise to catch up before the day began. The meeting place for the rest of the group was a short walk away, and I set out after breakfast, wandering past old stone houses and tall pines, glimpses of sunshine giving me hope the day wouldn’t be quite as wet as the previous evening. Nonetheless, I had worn my wet weather gear again. We had several sites to visit that day, and I wasn’t sure when we’d get back to the hotel.

When I think about the second day, the first stone circle we visited remains elusive, for some reason. I cannot quite grasp where we were or what we saw. Perhaps that’s because of what came after, at the place of the dead. Even though the locations of the rest of the weekend are clear, I had to look through my photos to remind myself where we were.

And now I remember. The church at Midmar.

When we arrived, pulling into the small car park, it was wet underfoot but not yet raining, green leaves reflected in puddles along the track that ran nearby. The church itself was charming, blue doors and window frames a bright contrast to the surrounding green and grey. And beyond, just peeping around the building, we could see what looked like part of a stone circle.

The church was built in the 19th century, perhaps deliberately in such a position so as to block the view from the stone circle to a nearby standing stone. The circle itself has been ‘tidied up’, as the sign put it, which meant removing one or two stones completely so hearses or wedding cars could be parked there, as well as replacing several other stones in positions not original to the site.

Despite these adjustments, the stones that remained still spoke, still held power and beauty. The great recumbent lay in place, flanked by its companion stones, their sharp smooth edges, so we were told by our guide, directing the eye to significant solar and lunar events, the circle aligned precisely with the movements of the sky. The church did not diminish their power –rather, there was a sense of unity there, of both temples cohabiting the same site, peaceful on their hillside. 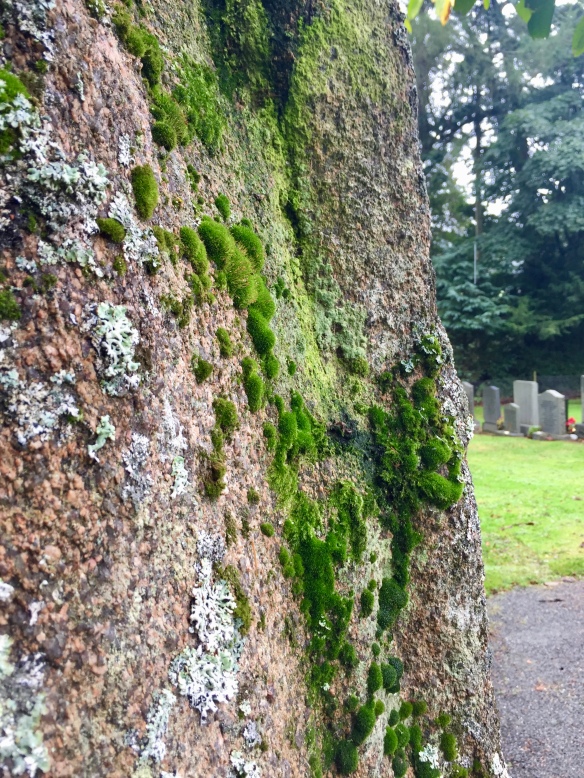 Once again we were invited to find a stone that ‘spoke’ to us, a place where we felt comfortable within the circle. One stone caught both me and another of the companions, inviting us to look closer, to photograph its moss strewn surface, unable, unwilling to leave its side, even when urged to join the rest of the group. It wasn’t until I took a small stone, blessed, from my pocket and bent down, burying it in the earth at the base of the stone, that it released us. As I stood up my companion, who hadn’t been able to see what I was doing, said, ‘Shall we go?’

It was raining, of course, the weather that seemed to follow us from site to site returning, though with none of the wildness of the previous evening. We wandered through the graveyard afterwards, all of us stopping to admire the gravestone of a local artist, decorated with a beautiful tree-of-life sculpture (for more information about this grave, head over to Sue’s account of the day, and the comments by Running Elk).

Before we left, I went to the old tumbled stone wall and, through a space in the trees, took in the beautiful view. Like Easter Aquhorthies, this circle was built almost at the top of a rise – almost, but not quite – for a lovely sense of harmony with the land.

There was a peace to this place, a feel of tree and stone and endless time, even with the more modern church nearby. It felt in balance, as though all things were well. This was in contrast to our next destination… 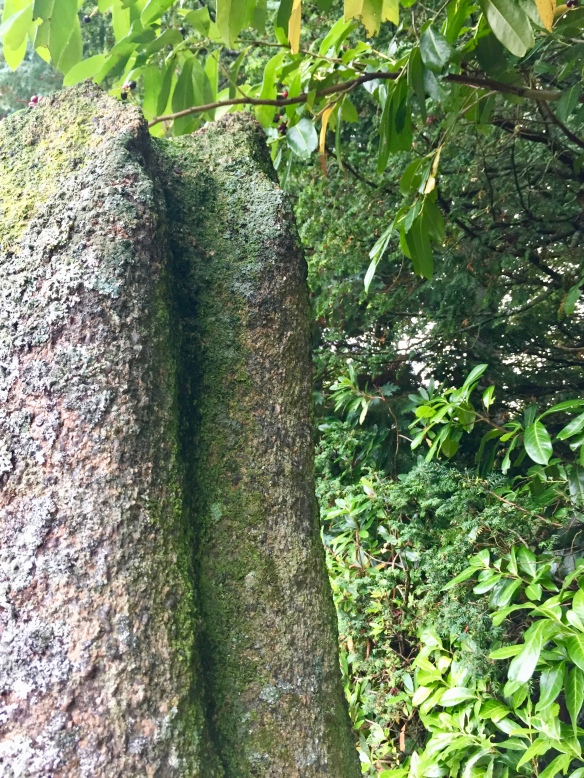