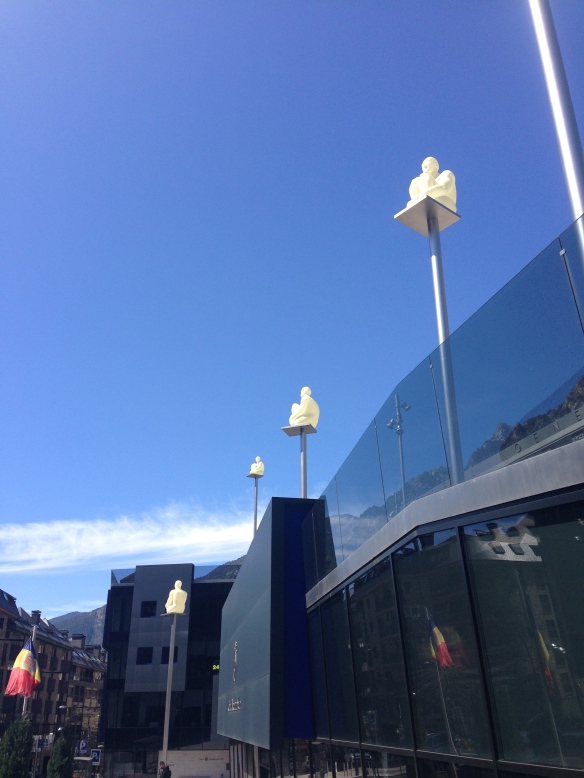 This Wednesday Wander takes us to Andorra La Vella, the capital of the tiny mountainous principality of Andorra. While known now mainly for skiing and tax-free shopping, Andorra has a long history, positioned as it is between Spain and France. The site of Andorra La Vella has been settled since pre-Christian times, and in the eighth century was defended by Charlemagne against Iberian invaders.

We spent five days in Andorra earlier this year and the city is lovely, especially the old town. Artworks adorn the streets while mountains rise all around, the river that tumbled past our hillside hotel widening to a racing torrent running through the city and mountains into Spain, only a short drive away. These sculptures in the sky are outside the modern replacement of the 16th century Casa De La Vall, which was, until recently, the main municipal building.

Thanks for joining me on my Wednesday Wander – where to next week?