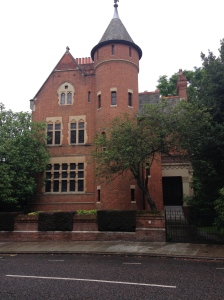 Music is in my family.

My grandmother was a wonderful singer, my brother is a professional musician, and my cousin works in music management. Music has been around me since I can remember, dancing to Leo Sayer and Queen on my dad’s stereo, lying awake on warm nights listening to ELO and the Moody Blues drift upstairs to my childhood room, sweet melodies in the golden darkness. Later I formed my own tastes, posters on my walls, teenage screams at concerts past, Walkman almost permanently on. I was even, and this is the absolute truth, at the concert where Duran Duran filmed ‘The Reflex’ video. I still remember Simon LeBon announcing ‘We’re going to make a video’ and the whole place losing its collective mind, myself included.

I like a fairly broad range of music and still love going to live shows – the last one I went to, and enjoyed immensely, was the Ginger Wildheart 50th Birthday Bash. We took our daughter to her first live concert when she was five. It was Slash, and she got to go backstage and then onstage (courtesy of her uncle playing in the opening band). She and I danced together as Slash played his iconic guitar riff from ‘Sweet Child Of Mine’ just metres away from us, my own sweet child clinging to me. That was an experience that will always stay with me, one perfect moment in time.

There is a piece of music I particularly love to listen to while I’m writing. In fact, I’m listening to it now. Sure, I usually have Itunes on in the background, often on shuffle. But sometimes I play this piece, over and over, on repeat. It’s the second movement of Beethoven’s 7th Symphony – if you’ve seen The King’s Speech (and if you haven’t, you should – it’s an amazing film) you’ll recognise it as the music playing while the King reads his famous speech.

They say that in times past, classical composers were the rock stars of their day. And this piece of music makes me imagine how it would have been, sitting in a darkened theatre centuries ago. The gleam of silk and jewels, gold trim on the boxes, candle wax scent in the perfumed air. Or perhaps listening to it played in a private salon, the home of someone wealthy enough to command a performance for friends. It is music to dream to, bittersweet longing woven into the notes.

That’s my interpretation, of course. And that’s the great thing about music. There are some bands and genres that I’m never going to like, whereas other people might look at my own musical tastes and shake their heads. But while it appeals to each of us in a different way, music is something common to the human experience as a whole. Its origins lie somewhere entwined with our own, an ever-changing soundtrack to our history.

Great music moves us – to dance, to scream, to tears. So what moves you? What songs form the soundtrack to your own life?

6 thoughts on “Music and Dreams”