Charles Yallowitz is back, with a new release in his Legends of Windermere series! Read more below… 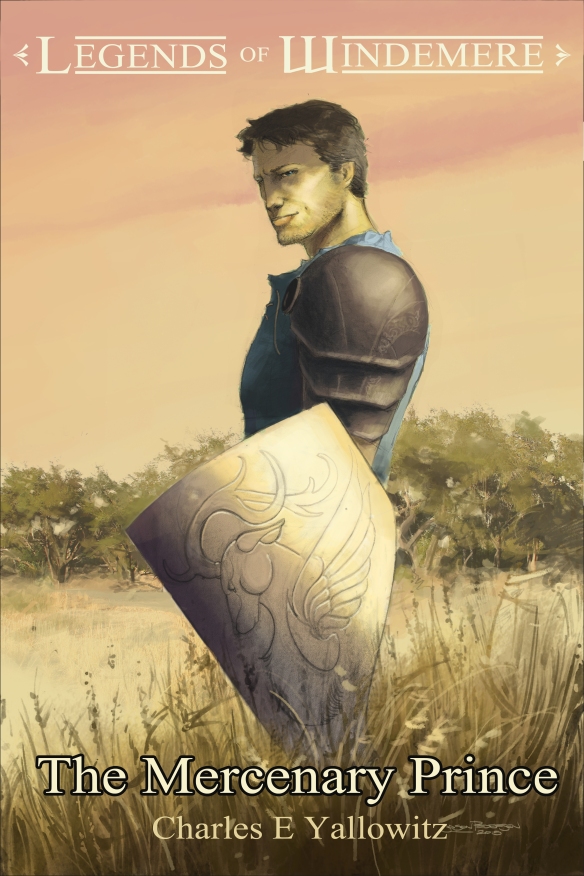 Delvin Cunningham has left the champions.

Lost to his tribe in the Yagervan Plains, fear and shame have kept the former Mercenary Prince away from his homeland. With his confidence crumbling, he has decided to return and bring closure to his past. Reuniting with his old friends, Delvin’s timing could not be worse as a deadly campaign is brewing within Yagervan’s borders. Dawn Fangs are on the march and these powerful vampires are determined to turn the entire region into a graveyard.

To protect his family, friends, and two homelands, Delvin will have to push his doubt away and become the cunning Mercenary Prince once again.

Please feel free to put this on your ‘To Read’ list on Goodreads by clicking below:

The Mercenary Prince on Goodreads!

Excerpt From The Mercenary Prince:

With the hint of a smirk, Selenia quickens her pace and unleashes a barrage of blows on her former student. Each strike and stab is deflected by the sweat-covered champion, his speed increasing to match her every time. At one point, the half-elf leaps forward and is struck in her stomach by his shield, which forces her to flip over his head. The headmistress lands in a crouch and whirls around to block the counterattack, the point of Delvin’s sword gently running along the leather patch over her stomach.

Realizing that he is still holding back, Selenia bats his next attack away and delivers a painful kick to his exposed side. The blow knocks him against the fountain and he comes dangerously close to falling into the water.

While rubbing his bruised side, Delvin circles the headmistress who turns to continue facing him. He makes a few feints that she refuses to acknowledge because they are clumsy and pathetically amateurish. The gathered students and teachers shout for more action, all of them believing the brown- haired warrior to be afraid of the legendary woman. None of them realize that his circles have been getting tighter and his fake attacks have caused Selenia to misjudge his distance. It is something she realizes when Delvin makes a quick swing for her hip and their weapons strike closer to their hilts than she expects. The moment the half-elf steps back to gain some space, her former student pushes forward with precise strikes that mirror the onslaught she previously unleashed. Without a shield, the headmistress finds it more difficult to block every attack and has to twist her body away from several attacks. The movements prevent her from throwing a kick or punch, which would probably hit the shield that he has yet to include in his advance.

Selenia eventually catches Delvin’s blade and slides her weapon along its edge to step within his swinging range. The pair push against each other, their muscles straining to gain the upper hand. Every time one of them is about to gain ground, their opponent shifts enough to continue the frustrating stalemate. With a grunt of exertion, Delvin moves his shield in front of the headmistress’s face and blocks her view. Knowing she is expecting him to push forward, the warrior falls onto his back and lets the surprised half-elf’s momentum slam her face into the wooden disc. The back of his head bounces off the ground as he flicks his wrist to deliver an extra shot to Selenia’s chin. She rolls away from him to recover her senses, but Delvin scrambles to keep her in reach and continue his attack as they stand.

“You actually hit me,” Selenia states when she notices that her nose is bleeding. She ducks under her opponent’s swing and aims her hilt for his stomach, the blow only grazing his shirt. “I think you’ve achieved two firsts for this academy, Delvin. Nobody has ever drawn my blood or made me dizzy during a match.”

Want to Dive into the Adventure from the Beginning? 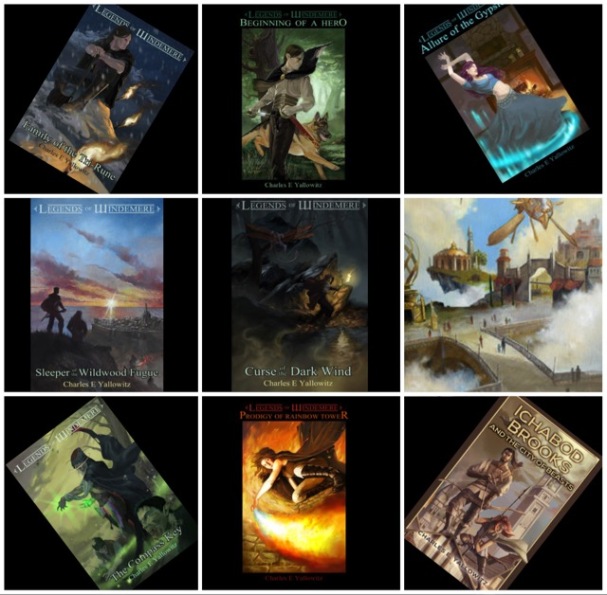 Collage
by Chris the Storyreading Ape

So charge up your Kindle and end 2015 with an adventure full of action, humor, old friends, new enemies, grudge matches, tears, ale, and vampires.

Charles Yallowitz was born and raised on Long Island, NY, but he has spent most of his life wandering his own imagination in a blissful haze. Occasionally, he would return from this world for the necessities such as food, showers, and Saturday morning cartoons. One day he returned from his imagination and decided he would share his stories with the world. After his wife decided that she was tired of hearing the same stories repeatedly, she convinced him that it would make more sense to follow his dream of being a fantasy author. So, locked within the house under orders to shut up and get to work, Charles brings you Legends of Windemere. He looks forward to sharing all of his stories with you, and his wife is happy he finally has someone else to play with.

2 thoughts on “New Release – The Mercenary Prince by Charles Yallowitz”