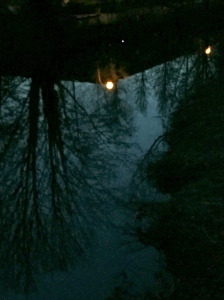 So. This little vampire story of mine, which started out as a flash fiction piece for Ali Isaac, then expanded into a couple of pieces for Sacha Black, plus a #BlogBattle entry for Rachel Ritchey, has given me another scene.

It’s a continuation of the piece I wrote for Ali’s challenge, and it’s a bit lovey-dovey, so I thought I might be nice to share it for Valentine’s Day. 😉

Hope you enjoy it…

It was quiet. The big door had banged shut downstairs, my mother and father gone now for most of the night.

Rolling over, I switched on my little lamp, the warm golden light welcome in the darkness. I sat up, rubbing my eyes. Then I sighed. I was tired, but the growl in my stomach told me I was hungry, too.

I tried not to eat at night, not wanting to remind my parents any more than I had to of their failure. But they were gone so it would be okay, as long as I left everything spotless, no stray crumb or sauce droplet to betray my human weakness.

I swung my legs over the side of the bed and stood up, grabbing my robe and slipping it on. It was long, deep red velvet with tasselled ties. I liked it, the way the velvet hummed under my fingers as I stroked it, the heavy tassels banging against my legs as I walked. It made me feel more like my mother, I suppose. Going to my bedroom door I opened it, careful to slip out and close it quickly, lest my light harm one of the guards.

The hallway was shadowy, long panelled walls stretching towards the stairs. There were a couple of candles in the wall sconces, a concession to my needs, but otherwise the only light came through the long windows, pale moon painting stripes along the carpet, which was deep red like my robe. I couldn’t see anyone, which was unusual. Normally there would have been a guard at night, especially with my parents being out.

I jumped. Turning, a hand to my chest, I found myself face to face with Kyle, a smile in his silvery eyes. The smile changed to worry. ‘I-I’m sorry. I didn’t mean to scare you.’

‘You didn’t. Um, scare me, I mean.’ I took in a breath, smoothing my hands down my robe, the warm velvet comforting. I swallowed. ‘Um, so, I just need to go to the kitchen-‘

‘I’ll come with you,’ he said, all cheekbones and smooth skin in the half light.

One corner of his mouth quirked up. ‘So, I’ll keep you company. I’ve already fed.’

His smile became wider. ‘Really. Besides, I’m supposed to be looking out for you.’

Oh. Right. He was coming with me because it was his job.

I started along the hallway towards the stairs, walking fast, my injured pride wanting to put distance between us. But who was I kidding? As if I could outwalk a vampire. He kept pace with me easily. I could feel him looking at me, see his head turn out of the corner of my eye. Whatever.

We reached the kitchen and I headed straight for the fridge, silver door gleaming in the moonlight. I went to open it, then paused. Huffing out a sigh I turned to him. ‘Sorry. The light?’

‘Oh, right,’ he said, moving away to lean against the cupboards. I took my time choosing something, even though there wasn’t much in there. Screw him. If it was his job, he could just… do it. Wait as long as I needed him to.

I grabbed a bowl of tuna salad, leftovers from the day before. Plus some extra mayo, and, as an afterthought, some lettuce. Closing the fridge door I put it all on the counter. The tuna smelled delicious, cool and fishy, spring onions and celery. My stomach growled again. Right, bread. Going to the pantry I found the end of a loaf. I suppose I needed to go out again and buy some more food, but that would mean asking Kyle to come with me, and there was no way I was doing that. He was still leaning against the cupboards, head down, arms folded. I tried not to notice the muscles visible through his guard’s uniform, the lean hips, the long legs- Putting the bread down I grabbed a chopping board, banging it down on the counter. Grabbing a knife, I sliced the bread.

Then I caught the tip of my finger with the blade.

Kyle’s head snapped up, silver eyes wide. ‘Are you all right?’

I stared at him, holding my injured finger close to me. ‘Am I all right? How about you?’

He shook his head a little. ‘I told you, I’ve fed already. Let me look.’

But he was there before I could stop him, his hands on mine, uncurling my fingers. Blood pooled on my palm, running from the slice in the fleshy pad of my finger, coppery scent in the air. He took in a breath. I held mine, fear and excitement running through me. He was so close to me, heat and cold coming off him, his violet scent twining around me. Then he put my finger to his lips and I thought I was going to black out.

Don’t let him glamour you, the thought came, unbidden. Don’t be ridiculous! I sent back to the voice in my mind. I might be human, but I’m still his employer’s daughter. He would be mad-

Then his mouth closed around my skin and there was no more coherent thought. He licked at my blood, his tongue tingling rough as it moved across my palm, taking every last drop. He brought my other hand to his mouth and I let him, let him lick away the vestiges of blood there. He bit into his lip, taking a single drop of blood on the tip of his tongue, which he then pressed to my cut, healing it.

I couldn’t breathe. I couldn’t do anything except stare at him, overcome by sensation. He was still holding my hands, still closer to me than any other vampire had ever been, other than my parents.

Then he moved closer still.

21 thoughts on “Silver and Black – For Valentine’s Day”