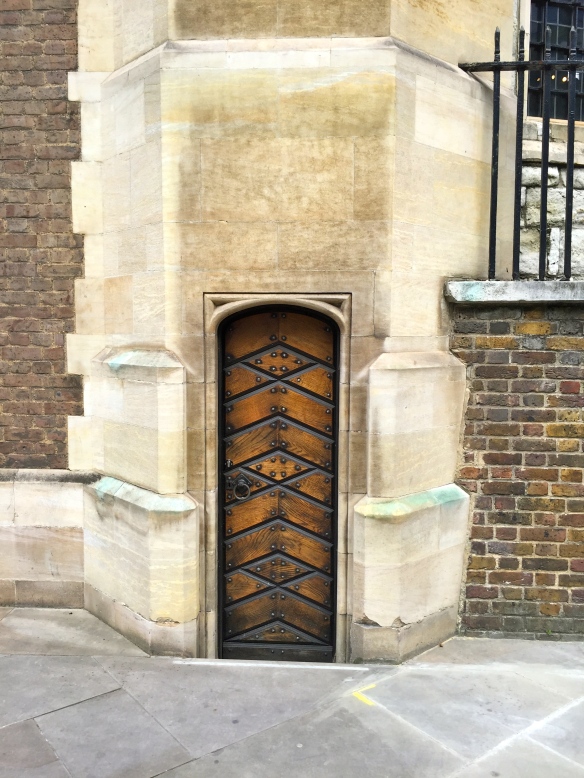 These two lovely doors are both from the church of All-Hallows-By-The-Tower, in London, England.

The church was founded in 675AD, making it one of the oldest Christian churches in London, and parts of the original building are still visible inside. Standing outside, if you look one way you see the Tower of London; 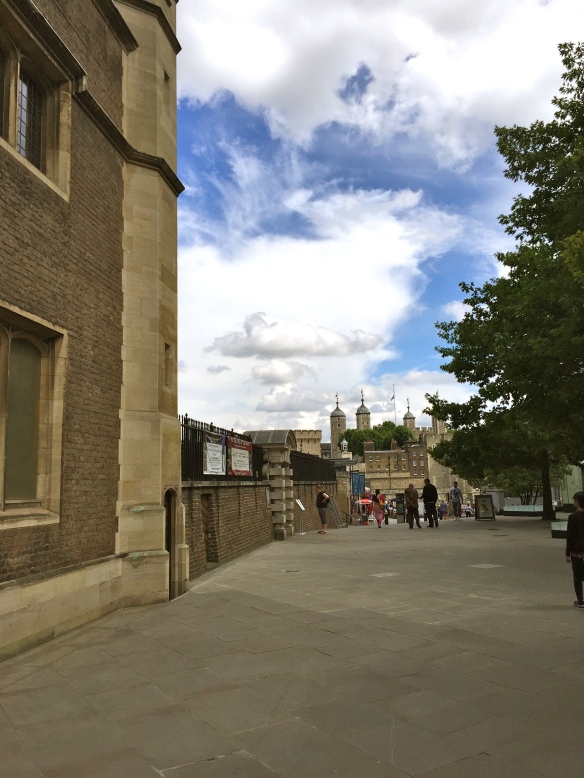 And if you look the other way, you see the ‘Walkie-Talkie-, one of the newest buildings in the city. 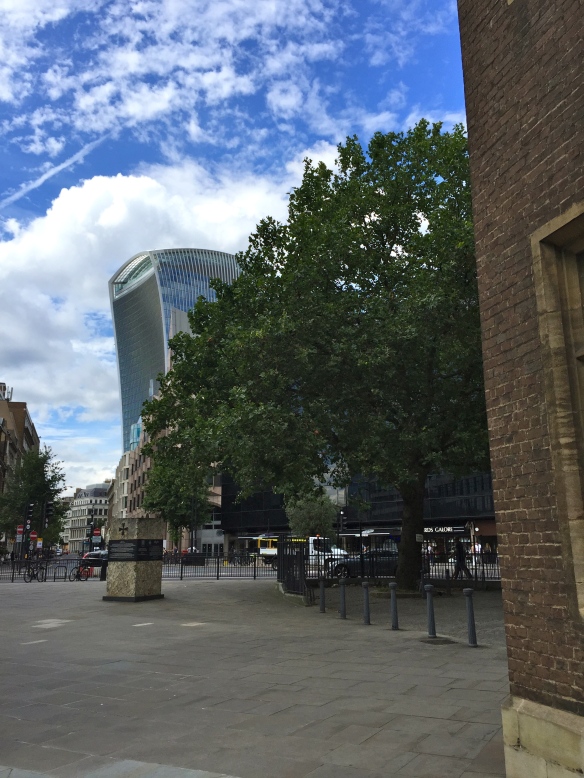 If there was ever a building that could be said to encompass the history of a place, then All-Hallows-By-The-Tower is it. Built on the site of an earlier Roman building, you can go down into the original crypt and walk on tiles laid almost 2000 years ago. You can see a Saxon arch made using Roman roof tiles, and interior walls still blackened by a direct hit from the Luftwaffe during the Second World War, which reduced much of the building to a shell. Beheaded victims from the nearby Tower of London were sent to All Hallows for temporary burial, before heading to their final place of rest and the church tower, built in 1658, was the place where Samuel Pepys, the famous diarist, watched London burn during the Great Fire of 1666, the church itself only narrowly escaping destruction in the flames. Truly it is a building that spans millennia – if only the walls could talk. 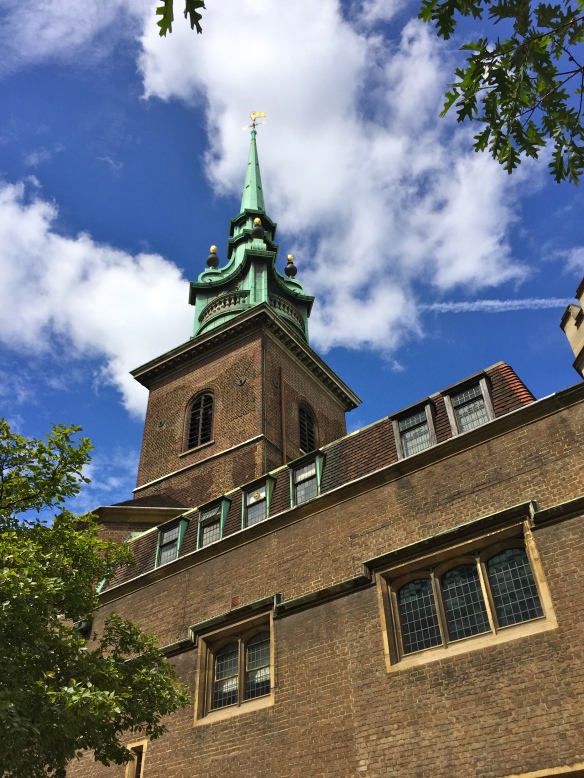 This is my entry for Norm 2.0’s Thursday Doors challenge – for more doors, or to add one of your own, head over to Norm’s and click the link.