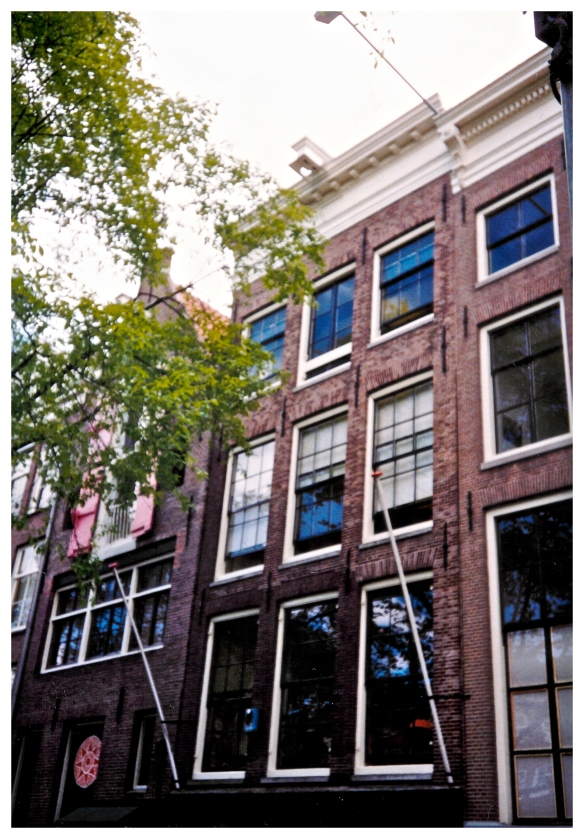 Today I’m wandering to a couple of different places, linked by a young girl who lived over half a century ago. This is Anne Frank’s house, in Amsterdam, Holland.

I did go inside the house, climbing the steep stairs and entering through the secret door to see the rooms where Anne and her family lived for so long. I looked out of their window across the rooftops, across the view that was all they had of the outside world. I saw the little bits of writing on the walls of their rooms, then walked through the rest of the house, past the photos of the dead and dying, atrocity captured in stark black and white.

Anne, as I’m sure most of you know, was Jewish. Her religion demonised by Hitler’s regime, her family forced to live in hiding after being denied visas that could have taken them to safety. Anne had just turned thirteen when she was forced into hiding – she was fifteen when she was found and sent to Auschwitz, then Bergen Belsen, where she died. A young girl who didn’t get to live her life, all because of one man’s madness. 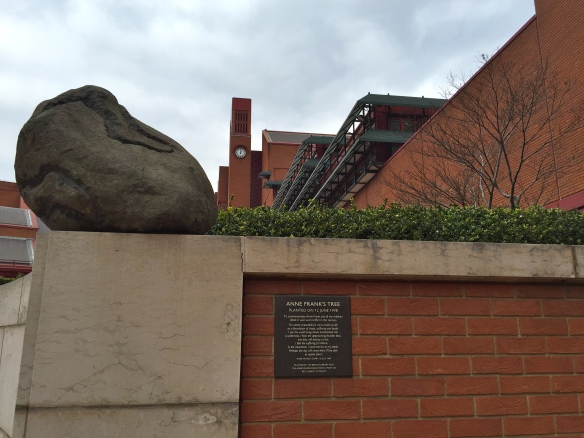 This photo is of a plaque at The British Library, London. There is a tree associated with the plaque – I’m not sure if it’s the one peeping over the top of the wall, or if it was behind me, as for some reason I don’t have a photograph of it. However, here is a close up of the plaque: 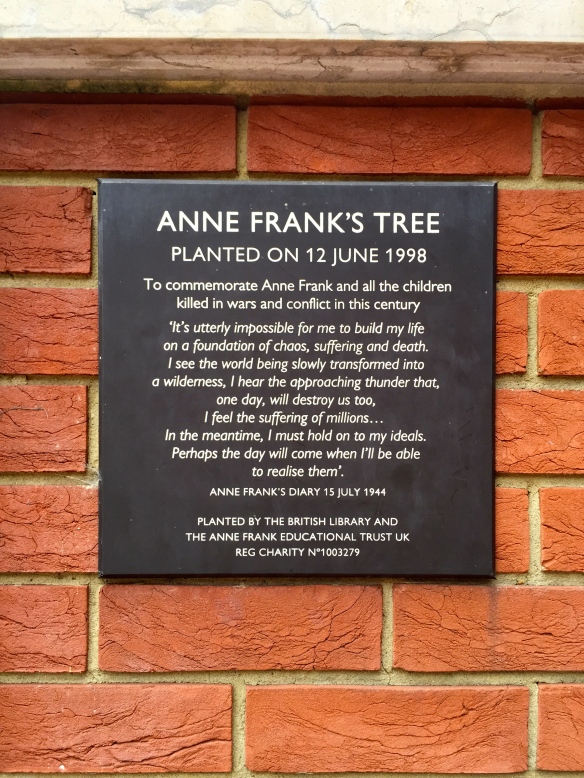 As thunder approaches, may we all hold on to our ideals.

Thank you for coming on this Wednesday Wander with me – see you next time.