This little green door stands in the porch of St Leonard’s Church, Shoreditch, one of London’s oldest churches. 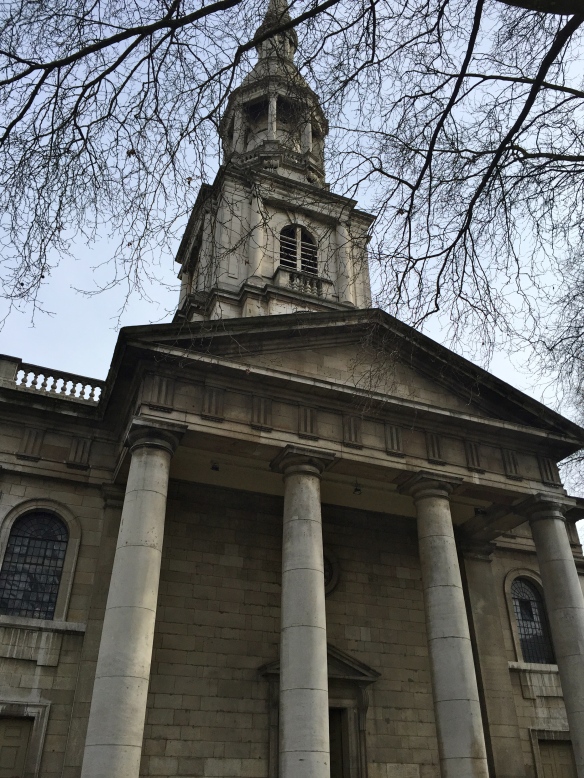 The original church is thought to date back to Saxon times, but was rebuilt in the early 1700’s after the steeple became unstable, resulting in the glorious building you see today. And if you’re familiar with the nursery rhyme ‘Oranges and Lemons’, you’ll know how the bells sound – St Leonard’s is the church referred to in the line, ‘When I grow rich, say the bells of Shoreditch.’ 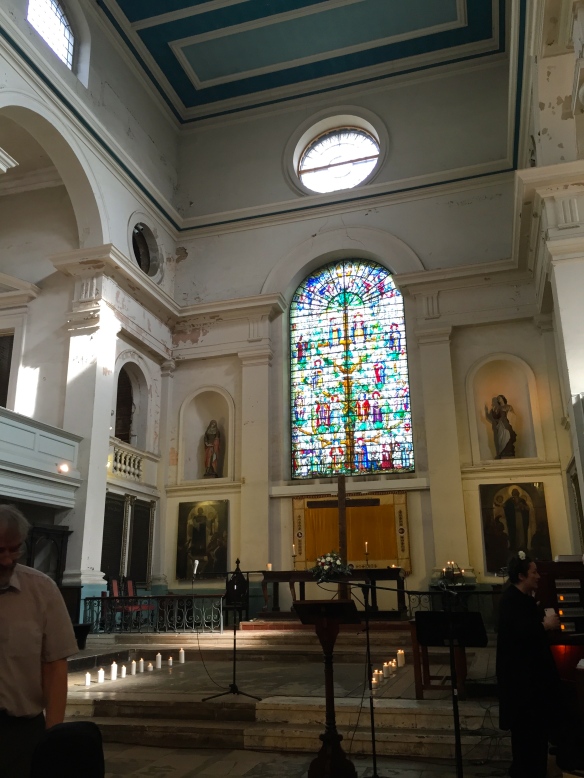 There is a story, we were told, that Shakespeare was partially inspired to write Romeo and Juliet while in the church. However, I’ve been unable to find any corroboration for this and, as the building in its current state was created long after Shakespeare’s death, it’s most likely untrue. However, it doesn’t detract from the church’s strong theatrical history – there are several notable Tudor actors buried there, with a plaque to their memory from the London Shakespeare League. In the 1500s, two of London’s original theatres, The Theatre and The Curtain Theatre, were located nearby, where several of Shakespeare’s plays were first performed.

I visited the church this past weekend for a family wedding. Inside the paint was peeling, the floors back to bare boards. Apparently, they’re about to spend a fortune restoring the building. However, I like it how it is now, all the layers of history apparent, and feel fortunate to have visited when I did. 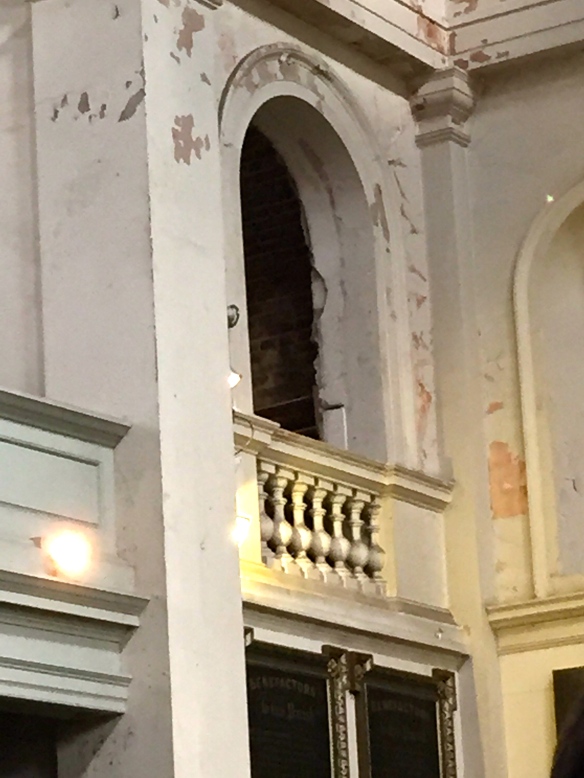 And as for the Shakespeare story? Well, it may not be true, but you never know…

This is my entry for this week’s Thursday Doors Challenge, courtesy of Norm 2.0. For more doors, or to add one of your own, visit Norm’s site and click the link.