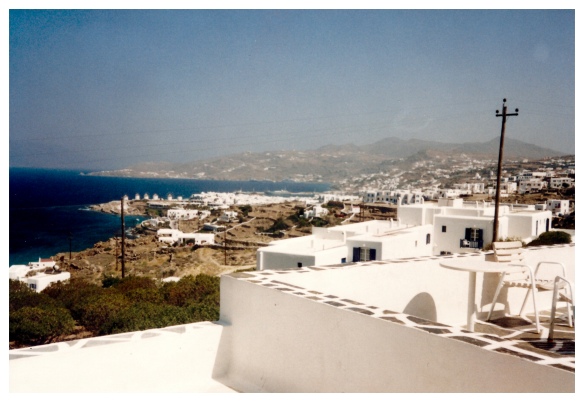 The Greek island of Mykonos, also known as The Island Of Winds, is part of the Cyclades, a group of islands set in Homer’s wine dark Aegean sea. 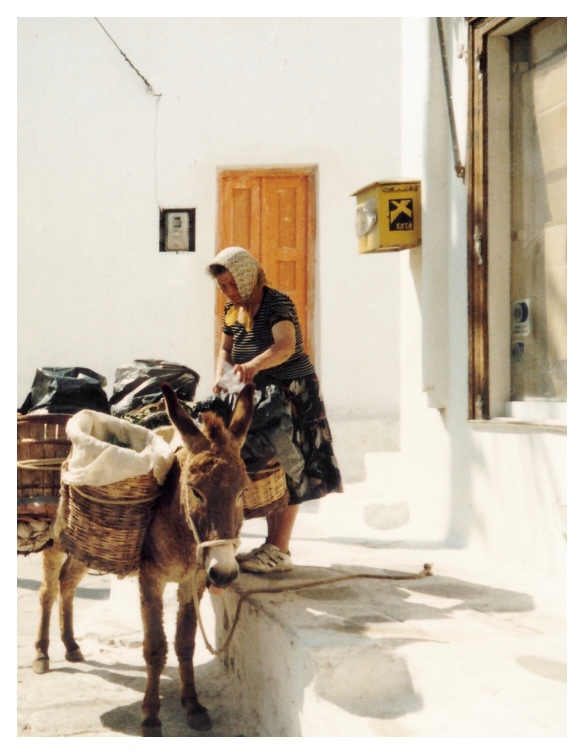 According to Greek legend, Mykonos got its name from its first ruler, Mykons, said to be a direct descendent of Apollo. Zeus and the Titans were supposed to have had a great battle on Mykonos, and it’s where Hercules killed the invincible giants of Mount Olympus, having lured them to the island. Also, and I love this, because I guess I have a weird sense of humour, the large boulders scattered around the island are reputed to be the fossilised testicles of those same giants, and this legend is the source of the slang term ‘stones’! 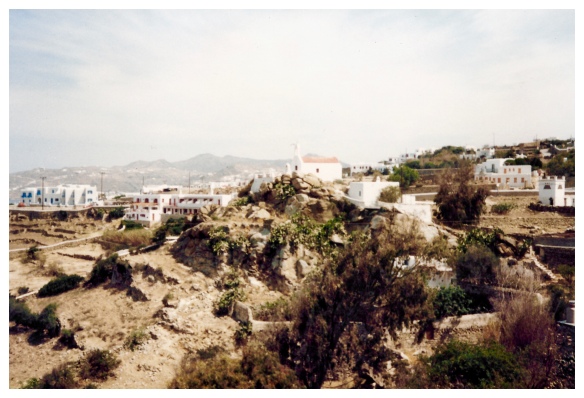 Mykonos has a long history dating back to at least the 11th century BC, and has been under Greek, Roman, Byzantine, Venetian and Ottoman rule. However, since 1831, it has been part of Greece, following the revolution in which Manto Mavrogenous, one of the island’s noted inhabitants, played a part. Manto, a wealthy, educated aristocrat, sacrificed her family’s fortune to help the Greeks and became a national heroine – a statue to her honour stands in the main town square.

The island is well known for its vibrant nightlife and nude beaches (sorry, no photos), and also for its famous windmills. Built by Venetians in the 16th century, they were originally used to mill flour – nowadays most have been restored as homes or storage facilities. There are also several fine museums, including one of the oldest archaeological museums in Greece. I’m somewhat ashamed to say I visited none of them, however, quite unusual for me. But Mykonos was a stop on a longer trip and I suppose I just chose to relax, instead. Ah well, I guess I need to go back.

It’s been quite a few years since I visited, but I still have plenty of memories – of meeting Petros the Pelican, the island’s mascot, of tangy feta and fresh bread, of my washing being done and coming back smelling of sunshine and herbs, of an old woman kissing my cheeks and offering me sweets after I bought one of her hand knitted jumpers (which I still have). There was nightlife, of course, dancing and drinking, the streets vibrant all through the night. But my overwhelming memory is one of sunshine and warmth, of brilliant white and deep blue, and through it all, the sound of the sea.

Thanks for coming on another Wednesday Wander with me! See you next time.