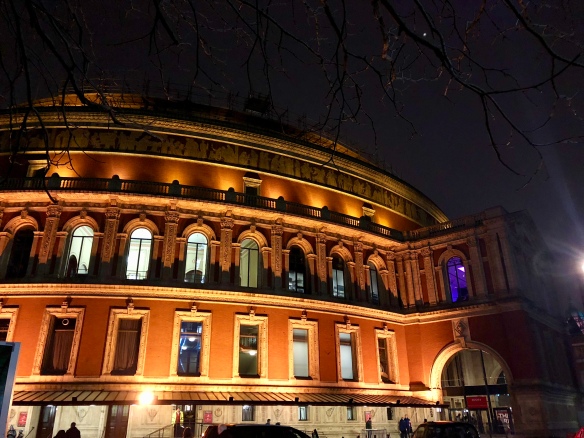 This week I’m taking a wander to somewhere I visited fairly recently. In fact, it was only yesterday.

It’s half term, so my daughter and I have been spending time together, and yesterday we went to London. We planned to do some shopping in Covent Garden, then head to Embankment to meet hubby. After that, dinner in Kensington beckoned, and a visit to somewhere we’d never been before: The Royal Albert Hall. 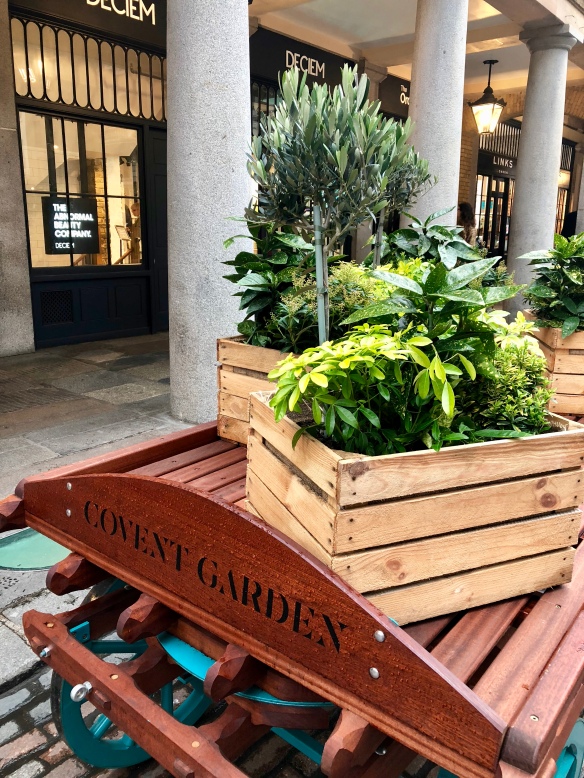 Opened by Queen Victoria in 1871, the Hall was built as a memorial to her beloved husband, Albert, who died in 1861. Prior to his death, he had envisioned a series of public buildings in London, and the Hall, with its large monument opposite, was seen as a fitting tribute to his vision. Constructed of red brick and terracotta, the circular Hall is crowned with a huge steel dome, which was constructed off-site and brought in pieces to be placed in situ. 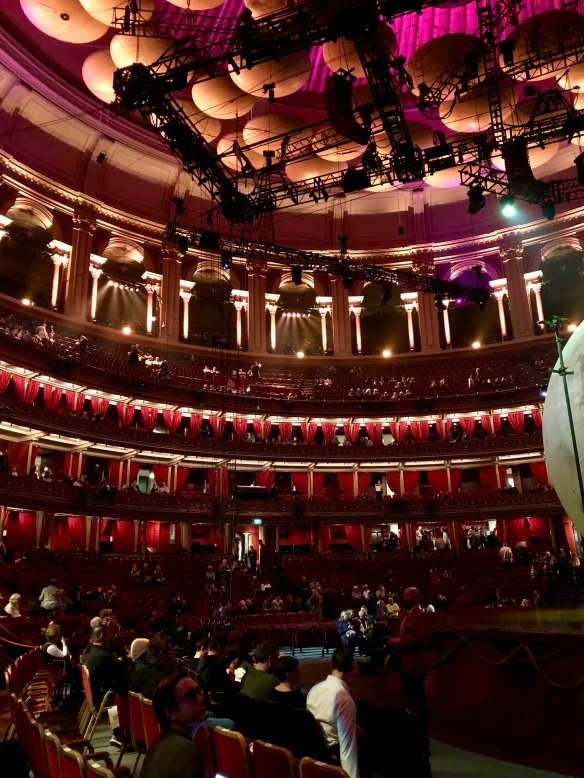 However, the massive dome, while seen as a miracle of engineering, also created acoustic issues – not ideal in a venue designed for performances. Various methods were tried to reduce the echo, but it wasn’t until 1969 that the issue was finally resolved, with the installation of fibreglass acoustic disks. The effect is quite beautiful, like an abstract artwork. 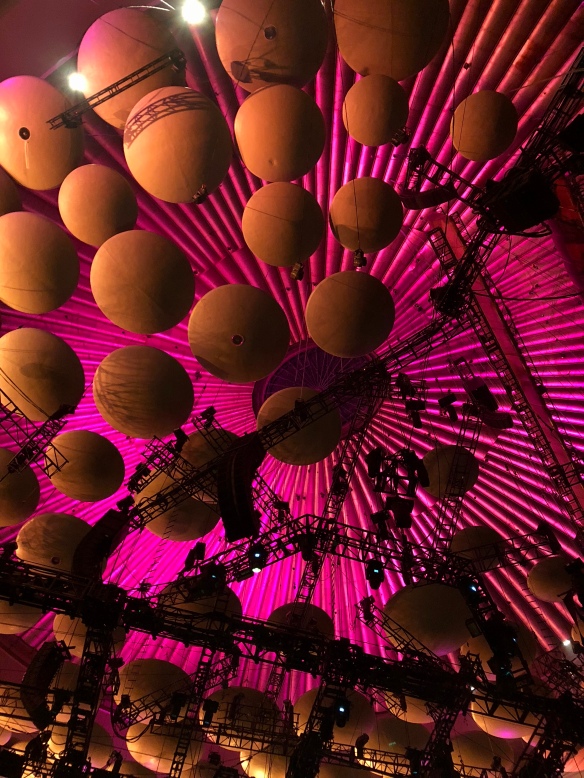 The Hall has seen many famous names grace its stage, from Wagner to Adele, as well as hosting events such as the Eurovision Song Contest and the yearly Proms. Last night it was Cirque Du Soleil, with their latest offering, Ovo. It was a beautiful, mesmerising performance – we were spellbound for the entire two hours. 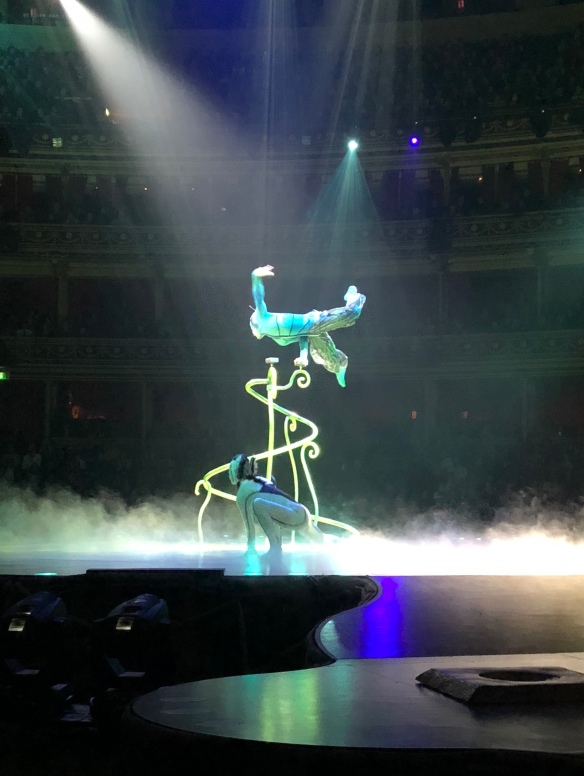 When it ended, we went out into the cold night, walking past the dark mass of Hyde Park as we looked for a taxi. We sped towards the station and caught the next train home, our minds full of gilt and smoke and tumbling lithe figures.

Thanks for coming on a Wednesday Wander with me – see you next time!