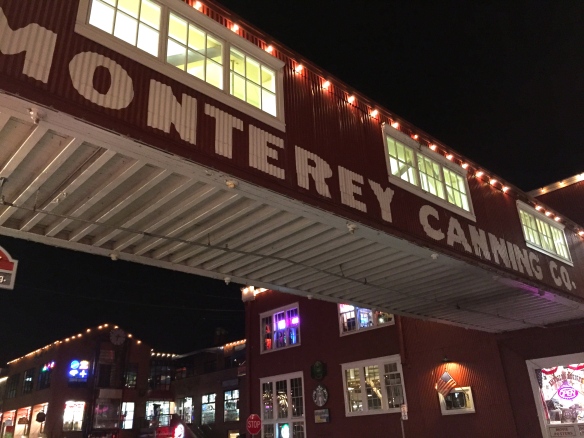 This week I’m wandering along the California coast line, to the town of Monterey. Almost half way between San Francisco and Los Angeles, Monterey has been a fishing village and cannery, both the Mexican and the Spanish capital of Alta California (during the Mexican-American war), the only point of entry for taxable goods in California, the place where a guitar god created his legend (Jimi Hendrix at Monterey Pop), home to California’s first theater, the backdrop to a Star Trek movie, and, nowadays, a popular tourist destination.

Monterey is set on a coastline teeming with wildlife, where you can watch sea otters and dolphins as you eat breakfast, the clear blue waters home to sharks, shellfish and delicate kelp forests. Ancient shell middens found along the coast speak of a rich hunter gatherer culture before Spanish settlement, the Rumsen Ohlone tribe hunting and fishing the plentiful waters . 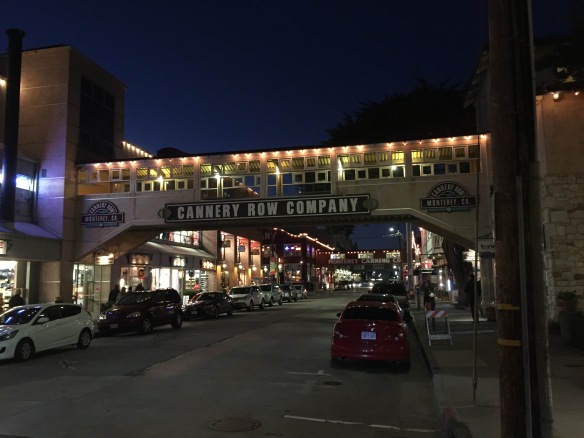 I’ve been to Monterey twice – once in 1985 and once in 2015, almost thirty years later to the day. And it doesn’t seem to have changed much in that time, at least as far as I can remember. The famous aquarium is still the same, as are the charming streets. A building I remembered as being blue is now painted dark red, and I would imagine quite a few of the shops have changed hands. It’s still a lovely place to stay, perched midway between the cool of the North and the heat of the South, with that particular feeling you get on the Pacific west coast, a sense of pine and water and nature crowding at the boundaries, just waiting to take over once more. and the coastline beyond is beautiful, sea mists and mountains meeting water, the views some of the best in the world.

But that’s a wander for another day… Thanks for coming on this week’s Wednesday Wander with me – see you next time!

If you enjoyed this post and want to read more, you can find me on Twitter @AuthorHelenJ,  Facebook, Instagram and Pinterest. Plus my latest book release, A Thousand Rooms, is now available on Amazon. Visit my Amazon Author Page to see more.