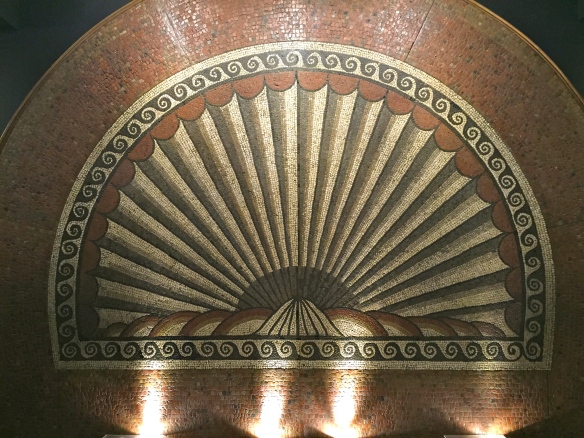 I’ve always loved mosaics. From jewellery set with tiny pieces of glass to sprawling floors, I’m fascinated by the alchemy of creating pictures from pieces of coloured stone. Years ago I even took several workshops on how to create my own mosaics, working in both the regular and reverse transfer processes. I ended up making my own mosaic table top, which has since been carted across the world with me in several moves. It currently sits in our shed and is in a sorry state of repair, so is a project for me this summer. 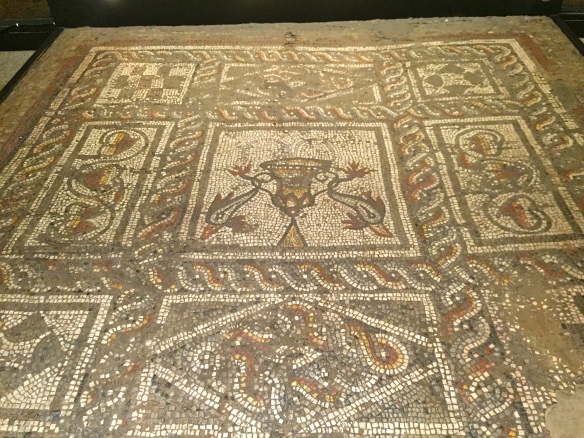 Near to where I live is the city of St Albans, once called Verulamium and one of the most important Roman towns in Britain. There was a lot of wealth in Verulamium, with many splendid villas being built there, as well as a baths, basilica and forum, all important fixtures in any decent Roman town. Now all that remains are a few fragments of the old city wall, and, beneath the parks and streets, wonderful mosaic floors, several of which have been removed and preserved in the excellent local museum. 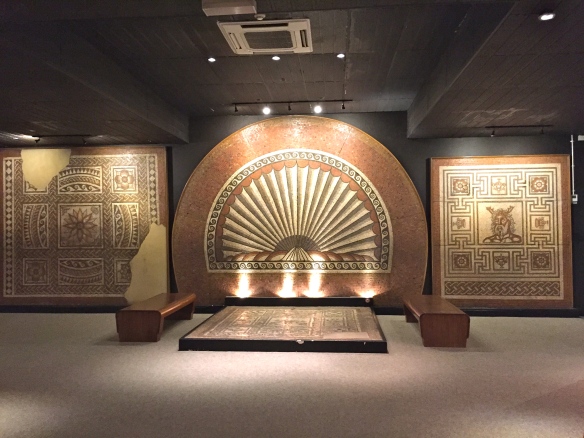 As you can see the designs are amazingly modern, considering they were made almost two thousand years ago. I particularly like the semi-circular shell pattern – it predates Art Deco by almost two millennia, proving that really, there are no new ideas. And, if you go to the nearby park, you can see a mosaic floor still in situ. 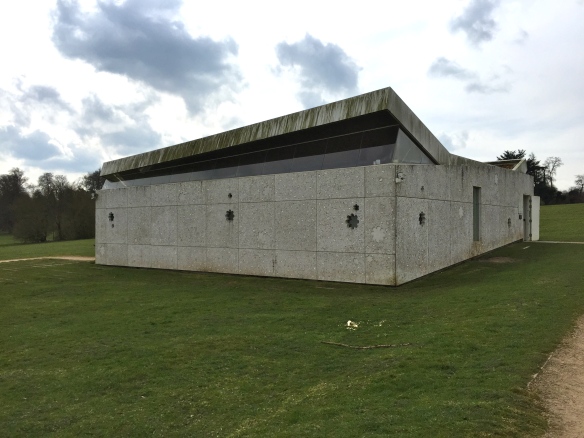 Protected by a modern building, this beautiful floor was once part of a grand reception room. Complete with hypocaust underfloor heating, it comprises a series of panels with repeating designs. But I think the best thing about it is that it is where it has always been since it was laid, gleaming and new, all those centuries ago. I imagine how pleased the householder must have been, how proud that they had the funds to buy such a magnificent floor. 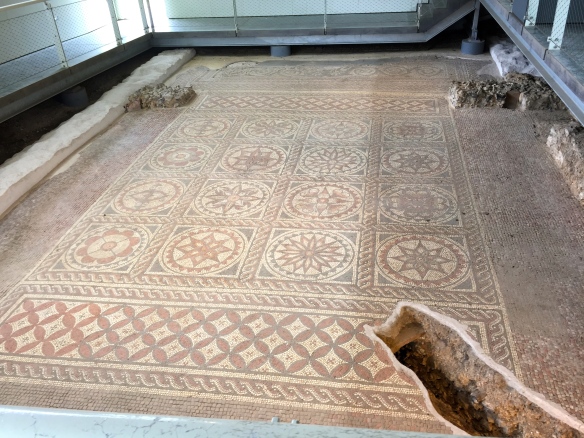 Now, perhaps, mosaic is something you have in your bathroom, or on the top of an outdoor table. But it must have been wonderful to live in a home where such beauty ran underfoot from room to room, full of stories and patterns and colour. What do you think?

I haven’t wandered too far today. I live close to the ancient city of St Albans, and a recent visit to the cathedral had me considering what it had once been like. 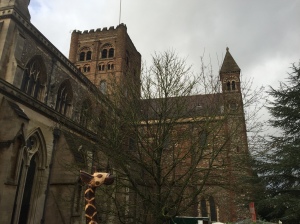 The cathedral itself is mainly Norman, but is built from the bricks of Roman Verulamiam, once one of the most important Roman cities in the UK and the place where St Alban met his martyred end. I wonder how it must have been for the Normans to wander the ruins, nearly a thousand years old at the time, and whether they looked at the ancient walls with any curiosity beyond a source of building materials. 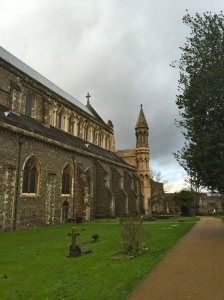 St Albans has a long history, being a tribal settlement before the Romans came, then growing into a city of such importance that it was sacked and burned by Boudicca of the Iceni, on her way to Londinium. Much of the Roman city still remains unexcavated, though there are bits and pieces to be seen, including a section of the old city wall and a wonderful mosaic floor with hypocaust heating, unearthed in the local park and left in situ.

The Norman cathedral was part of a prosperous abbey until the dissolution, after which time it fell into such disrepair that there was talk, in the eighteenth century, of having it demolished and replaced with a smaller church. It was saved, thank goodness, and eventually restored. 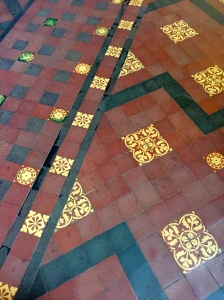 Today you can visit the cathedral grounds and walk the circuit inside, under soaring arches and painted ceilings. There is even a bit of St Alban there, enshrined, though it is a fairly recent acquisition,  and the centuries old graffiti carved into the stone pillars is well worth seeing. 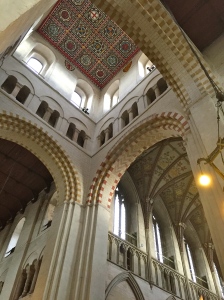 The cathedral still holds regular services, and has an excellent gift shop and cafe. It also hosts a well-known Christmas Market every year, while the streets of St Albans bustle with shoppers just a few metres away. 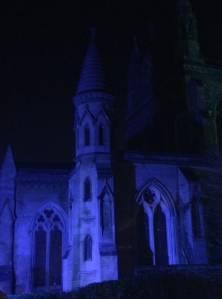 And yet, when mist falls over the hill and the land is deserted, it is possible to just glimpse the ghosts of St Albans’ Roman past, built into the very walls. 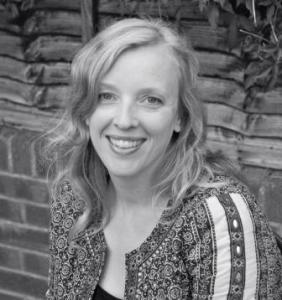 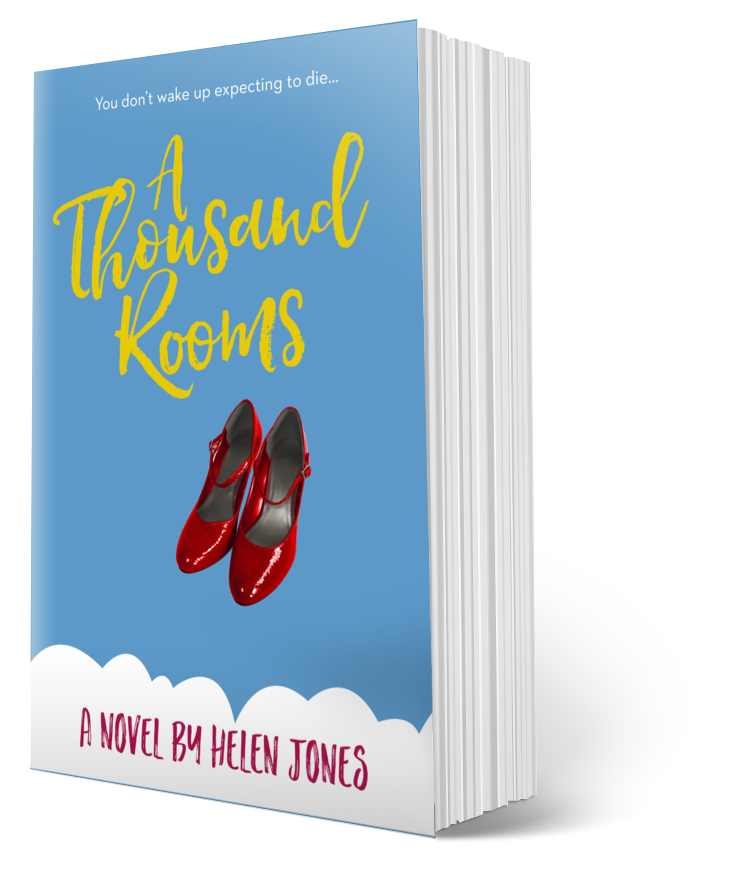 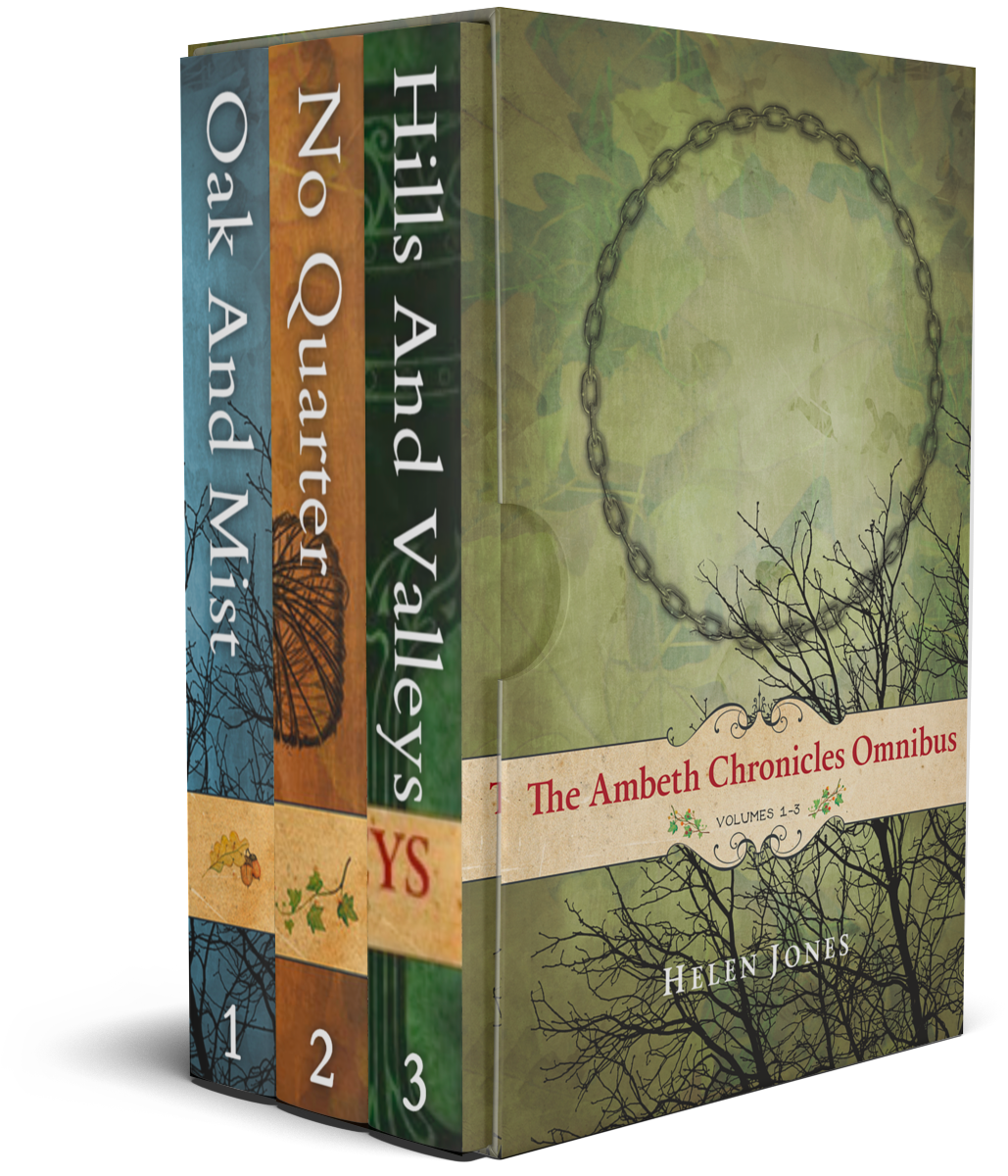