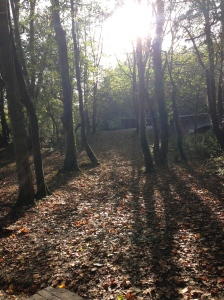 I’ve been thinking about this post for a little while, unsure whether or not to share it, but then decided I had to. The spirit of this blog is that it’s my journey to publication, lessons learned, paths taken, decisions made. And so here it is…

A little while ago I was offered a publishing contract for Oak and Mist.

Woo hoo, right? Champagne for everyone!

Well, not so much. I had seen this publisher mentioned on a few blogs and websites as one who took unsolicited submissions (and, more importantly, took fantasy submissions, for which there is a much smaller market in publishers and agents). So I sent my book to them and, about a month later, received a request for a full manuscript. So far, so good. About a month after that something, I don’t know what, spurred me to do a little more online research into the publisher. And what I found was a shock. They were a vanity publisher (you know I hate that term but for the purposes of this post it will have to do) who approached first time authors with what they called a ‘contribution scheme’ contract. So, they would publish my book, but I would have to contribute up front to the costs of doing so. Red flag number one. I was pretty gutted, but worked through it and in some ways they did me a favour, for it cemented my decision to self publish instead of waiting any longer.

About a week later a big fat envelope from the publisher plopped through onto my doormat. I picked it up, then went to the kitchen and made myself a big greasy sandwich and a cup of tea (comfort food), before taking the lot up to my office (spare room) and sitting down to read. Luckily I was prepared, for on the surface this was a very exciting envelope to receive. ‘Publishing Contract’ said the black letters on the glossy covers of two official looking documents. A nice cover letter cited their ‘excitement to be working with me’ and their ‘faith in my ability as an author.’ A second insert listed a whole bunch of different ways in which a book could be marketed, but then ended by stating this wasn’t necessarily what they were going to do with my book. Red flag number two.

So I took my glossy gleaming contract and flipped it open, taking a bite of my sandwich to fortify me as I read on. Interesting. According to the contract:

Ding ding ding! Red flags everywhere! It was like a Communist Party parade at this point, but the kicker, the real icing on the cake of this contract, was that I could receive all this jammy goodness for the princely sum of £2500, my so called ‘contribution’ to the scheme.

If I’m going to spend £2500 to publish my book, then I’ll spend it myself, designing a cover I like, editing the book to my satisfaction and marketing it the way I want to, while retaining the rights and a much healthier slice of the royalties. And I’m sure I could do all that for a lot less than £2500, to be honest. But I can see how for some people this offer would be very enticing, the language of the contract and accompanying letter written in such a way that on first glance it hides the fact that the deal is so heavily weighted in favour of the publisher.

A few months ago I attended an agent workshop at Bloomsbury. It was a great day, I learnt a great deal and met some wonderful people. One thing I do remember is sitting next to a well known agent as she told the room that, often, publishers don’t make back their advances. They make their money on the bestsellers, the books that do well, then offset these other losses against that. But they do what they do because they believe in the book, they believe in the writer and they are willing to put their money where their mouth is in a speculative business. And that’s the sort of publisher I’d like to work with. One who’s willing to back me and my work all the way. And at the moment that’s me, though I live in hope.

So the lesson for me was to dig deeper, do more research. My problem is not with their offer, it is in the way it was presented, their website making no mention of the fact that this was how they operated, so I wasted time and energy submitting and waiting for a response. I’m not bitter about it, nor am I angry. It is what it is and the choice was with me as to whether I chose to sign with these people who, after all, are in the business of making money. I chose not to, because I want better for myself and better for my book. So I sent them an email, politely declining their offer and they sent me one back, very nice, wishing me every success with my publishing. So I will take their good wishes and move forward, a little bit wiser (I hope) about it all.

PS – Three days in to NaNowriMo and I’m over 7,000 words along! The novel is taking shape so I’ll keep you posted on my progress.