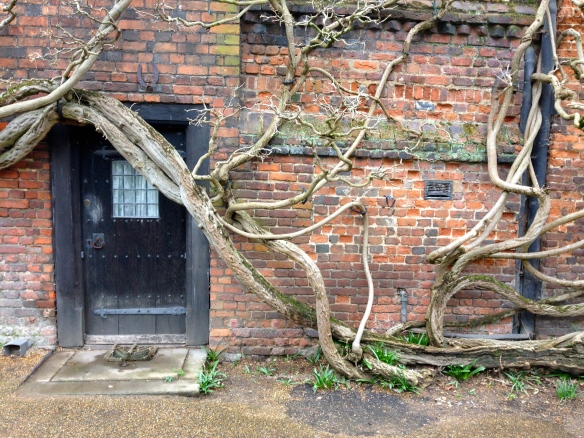 My door this week is from Hatfield House, not far from where I live. Hatfield House is the seat of the Marquess of Salisbury and, like most great houses in the UK, is partially open to the public. There are actually two houses on the site – The Old Palace of Hatfield and Hatfield House. The Old Palace was built in 1485 by the Bishop of Ely and was once home to Henry VIII.  It was also the place where his daughter Elizabeth was held under house arrest by her sister Mary, and where she found out she was to ascend the throne. Hatfield House, built in 1611, is one of the finest Jacobean palaces in the country, and has been home to the same family for over 400 years.

I went to Hatfield House for afternoon tea, to celebrate a friend’s birthday. It was traditional in the British manner, with finger sandwiches and a selection of sweet cakes as well as, of course, tea. After we wandered the old stableyard, now home to boutiques and a restaurant. And I photographed this door, taken by the large creeper  that had claimed it for its own, snaking up the side of the ancient bricks in a glorious tangle. 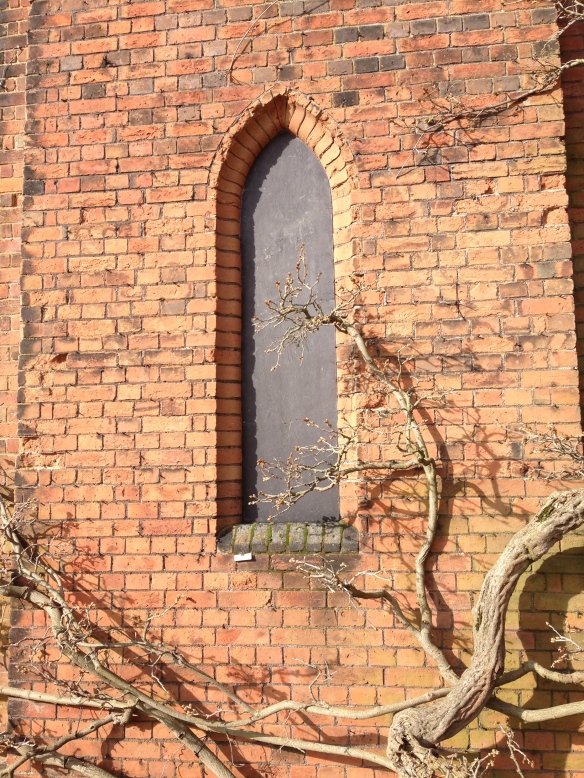 This door is part of Norm 2.0’s Thursday Doors Challenge. Head on over to his site and browse the other doors, or add one of your own 🙂