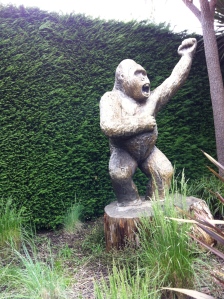 Authors of the world, unite!

This post is not the post I was planning to write today. It’s come about as a result of another post by Nick Rossis, about book piracy. Nick’s post, which is well worth a read, is about a new sort of book piracy whereby someone steals your entire book, then publishes it under their own name or with a new ASIN, through Createspace or a similar POD program, collecting royalties from sales.

After reading Nick’s post, I ran a Google search for both my books by title. Fortunately, I didn’t find them published under another name – however, I did find them offered for free on several sites, which was kind of infuriating. One site had even lifted my author bio complete with photo, plus several reviews, making it look semi-legitimate. All of these sites had disclaimers, which were basically nonsense, about how ‘they didn’t support illegal activity, they were only gateways to other sites where you actually downloaded the book, they took no responsibility’ yada yada. When I did click the download links, I was taken to other sites where I had to sign up just to read the ‘About’ page. Hmm, seems really legit.

If I felt my work appeared on any of these sites illegally (which of course it did), I could email them and let them know. Wow, thanks, guys. Thanks so much for offering my book free to your subscribers, and giving me the option to ‘let you know’ if I wasn’t happy with that. Honestly.

I was in good company on these sites – Tolkien, Neil Gaiman and Christopher Paolini also showed up, which I’m sure was just the tip of the iceberg.

And the worst part is that I couldn’t see the point in even emailing them. For starters, they were offering my book for free, which means they weren’t making any direct profits from the downloads – instead, they were making money from subscription fees and advertising. In order to claim any sort of damages, I would have to prove that I’d lost sales or that they’d made money directly from my book, which I imagine would be the most twisted of wormholes to wander down. Of course there is a moral point, where I could demand they take the damn book down and not offer it any more, thank you very much. But it would just pop up somewhere else, on another site just like that one. And so my days would be consumed by chasing and chasing, instead of doing what I love, which is writing.

There are those out there, I’m sure, who would say ‘But isn’t it a good thing? If it leads more readers to your books? It’s exposure, right? Isn’t that why you write, so people read your stories?’

To which I say, ‘Bullshit.’

Of course I write stories for people to read. That’s the reward, when someone leaves a review saying they love your book, when they recommend it to others. It is the service to the Muse, the compulsion to weave stories from thin air, characters talking so you cannot ignore what they have to say and have to write it down.

But I also spend time editing and working to make my story the best it can be. I work with a professional editor and cover designer. I market and network and promote whenever I can, because it is my job. And I can’t think of many other jobs in the world where people would be expected to provide their services for free because ‘it’s good exposure, it gets your name out there, etc etc.’ And yet we seem to be moving towards a culture where people want books and art and music and movies, but are losing sight of the fact that people need to be paid to create these wonderful things, or else they can’t actually afford to do so. I know not all people feel this way, and there are many great supporters of independent artists out there. However, there does seem to be an idea that all this creative output comes from some sort of ‘big business,’ and so it doesn’t matter if you download this for free, or stream that for free.

It does matter. It matters a great deal.

So how about you? I’m sure I’m not alone in this – in fact, I imagine that just about every writer on here is in a similar boat. If you have found your work offered for free, what have you done about it? I’d love to hear.

(PS The Black Spot is a pirate term referring to a piece of paper, black on one side with a warning on the other. When you got The Black Spot, things weren’t looking good)

47 thoughts on “The Black Spot”