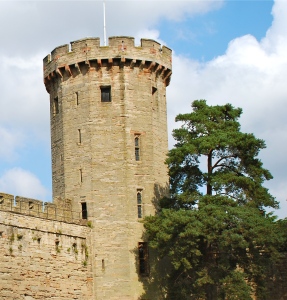 This week, Rachael Ritchey’s blog battle theme is Hair, and this is my entry. It seems to be Historical Fiction:

She had cried when they cut her hair. At least, that was what he had heard. But stories told from behind prison walls grow in legend or ridicule, depending upon who is doing the telling.

He had also heard that it was the only emotion she had shown. No other tears, not even when they passed down her sentence, when she was led to the stone tower where she would spend her final days, shut into darkness alone.

It had been her great beauty, apparently. Hair like pale sun on wheat, long enough to sit on. Add to that her youth and her lustrous grey eyes, set against the gilded halls she frequented, enough to make her stand out even in the most illustrious company.

But youth and beauty are no match for age and power, and the man she murdered had been powerful indeed. Never mind that he had been her father. Never mind the rumours of what he had done to her for years, had let his friends do to her, hidden behind privilege and the high walls of their palazzo.

He thought of his own daughter and his heart clenched, his being shying away from the idea of visiting such desecration on her tender flesh. He shifted, wood creaking beneath his feet, his hands tightening on the timber he held, worn smooth with use.

He could see her coming, now. Hear the calls and jeers of the crowd. Yet even they seemed more subdued than usual. Word had travelled, and she had more than the usual amount of sympathy. Including his own. He shook his head slightly, as if to dislodge the thought. He wondered, not for the first time, whether this had been the right path, the right choice, for him.

His job conferred privilege, though his family knew not what he did. Though he thought his wife might suspect, the nightmares that brought him screaming from sleep perhaps more than would trouble a captain of guards, as she thought him to be. He clenched his jaw, tilting his head to one side and stretching his neck, which had grown tight.

The cart drew to a stop at the base of the stairs. The crowd grew silent as the guards opened the back of the cart and helped her down, even their hands on her slender arms more of a courtesy than to stop her from escaping. She stumbled, her bare foot catching on the timber frame and several women cried out, the guards stopping her from falling.

He had seen so many come to the scaffold. Crying, screaming, others numb with shock, still others pleading and begging, protesting to the very end. But she was none of these. She stood, looking at each guard until they let go of her arms. They did, finally, stepping aside. One of them bowed his head. She nodded in return. Then, taking the rough brown cloth of her skirt in her hand, she held it as though it were the finest silk, so as to ascend the stairs without tripping on the ragged hem.

He was glad to be wearing a mask. The official story was that it was to protect his identity, so that the relatives of the dead could not seek their revenge. But it was more than that. There was no room for sympathy, not in his job. He was merely a tool, delivering punishment meted out by the will of the people.

And yet, it was hard not to be moved when a girl of only sixteen summers made her careful way across the creaking timbers, her head held high. The cropped hair only served to heighten her youth, the fine bones of her face standing out against her pale skin. She stopped, looking at him with her head slightly tilted to one side. She seemed to be looking through the mask, to the very heart of him. He tensed. Then a ghost of a smile crossed her features and she moved closer still.

She knelt, placing her hands carefully on the block and bending her head forward. Her exposed neck was slender like the stem of a flower, skin pale against the tattered edges of her shorn hair. The sun came through, briefly, gilding the ragged strands. Pale sun on wheat, just as the stories told.

He swallowed. Then swung the axe.

To read more Blog Battle entries, or to add one of your own, visit Rachael’s blog, The Chronicles of the Twelve Realms. See you there!

46 thoughts on “#BlogBattle – Hair: Behind The Mask”