I tried this whole planning thing. Honestly, I really did. I spent ages making little chart-y things and tables, planning my blog posts and work weeks and monthly goals. I tried writing out chapter lists and character arcs and tying them all together into some sort of marvellous grid that would become a whole big story.

But planning doesn’t work for me.

I’ve always been a kind of fly-by-the-seat-of-my-pants girl. The kind of person who’d rather say ‘I tried’ than ‘I wish I’d tried’, then jumps in and gives it a go. Sometimes this ends in failure. Sometimes it ends in triumph. Sometimes it leads to somewhere quite unexpected.

When I worked for other people I was very organised. The fast pace of advertising meant I had to be, starting the day with a list of things which, despite the amount of time I spent crossing them off, seemed longer by the time I went home. I’ve always worked hard, trying to learn something and take away a positive, no matter how negative the work experience (and some have been quite negative). I don’t like being late for things, I run my household pretty tightly, and I’m quite good at prioritising.

But planning isn’t really my thing. 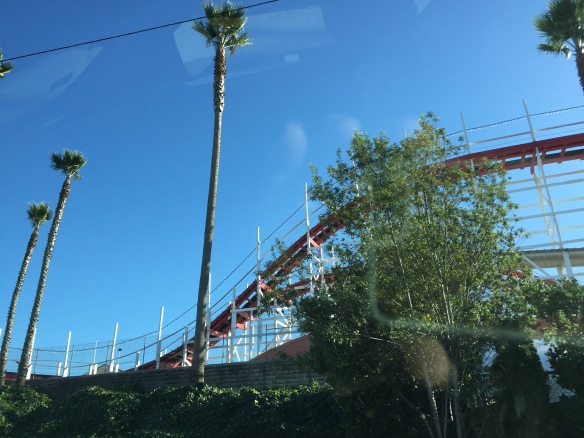 I think about the future, of course I do. I have a child and a mortgage and an idea of where I’d like to end up. But I’ve learned that life can pick you up and shake you around like dice in a jar, tipping you out to land as fortune takes you. And so, while I squirrel away my hopes like nuts in case of winter, I’m aware that winter might come in quite a different form than I imagined, and so the only thing I can really be prepared for is change.

See? I can’t even plan this post. I had meant to write about the festoons of post-it notes that have replaced my carefully typed lists, the piles of paperwork and scraps of scribbled notes, all of which have a twisted sort of order in my own mind but nowhere else, a system only my brain can understand. I wanted to write about the fact that, when I tell a story, I can forget about planning any part of it other than the main events, as the characters will pull me along in their wake, typing as fast as I can to keep up with their actions. And that I love, absolutely love, the wild ride of it, the feeling of discovery as the story unfolds around me like the petals of a flower.

But instead my mind and tapping fingers have taken me outside the cluttered confines of my desk, pointing out that planning really isn’t something that’s worked out for me, in many aspects of my life. And that I can waste time formatting documents and printing up checklists all I want, but when the jar begins to shake again I’d better be ready for where I’m going to land. That life itself is wild and organic and that I am a dancing leaf on the wind – I can fight it, try and organise it into charts and boxes, or I can simply go along with it to wherever it takes me, bringing all that I have, all that I am, along for the ride.

Note: I wrote this post yesterday when I was still feeling a little shaken for several reasons. I’m not quite so fey as it sounds – I do work hard and focus on what I want to achieve. But setting concrete plans, beyond a couple of big things, is something that has never really worked for me – as soon as I do so the universe has a way of demonstrating that it has other plans for me…