It took me a while to figure out where to wander to this week. Usually a location will present itself to me, or I’ll scroll through my photos and find somewhere, but it all seemed a bit vague this week. Then I remembered a conversation I had with a fellow blogger where I mentioned Heidelberg, so I’ve decided to wander there. 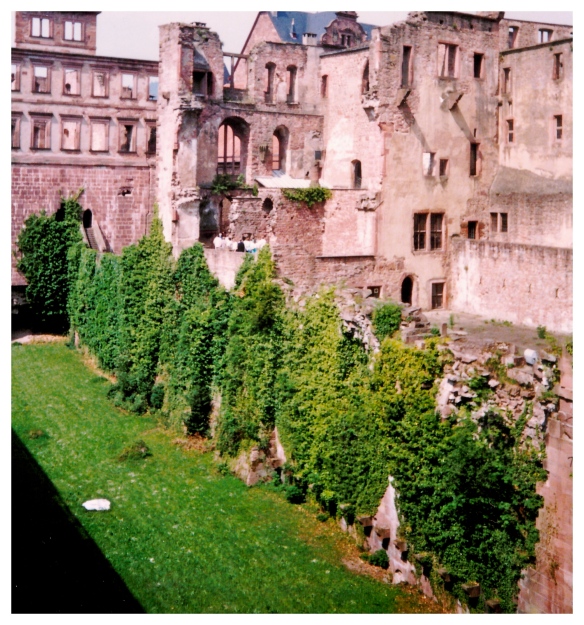 More specifically, to the ruined castle, sitting high on the hillside overlooking the old town and the rolling Rhine river. Built in stages between 1214 and 1295, the castle was subsequently destroyed by lightning, fire and war, resulting in the picturesque ruins we see today.

For many centuries the castle was home to the Palatine counts, powerful nobles who married into royalty, including the English Stuart and French Orleans families. 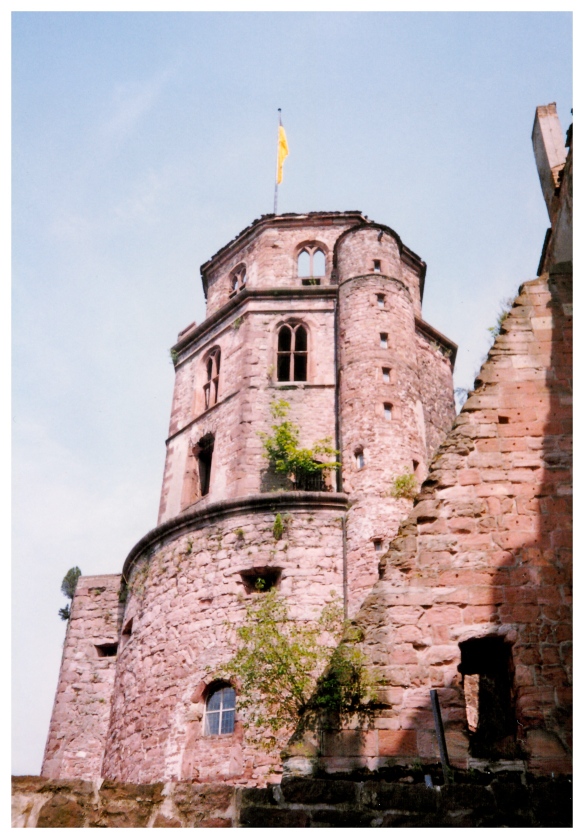 Mark Twain visited the ruins and wrote about them in his book A Tramp Abroad, stating that,

‘A ruin must be rightly situated, to be effective. This one could not have been better placed. …one looks down through shining leaves into profound chasms and abysses where twilight reigns and the sun cannot intrude.’

I visited a little more recently than Twain, and can attest that not much has changed since he wrote those words. Trees and vines still garland the ruins, the view across the town and river just as breathtaking as it always was.