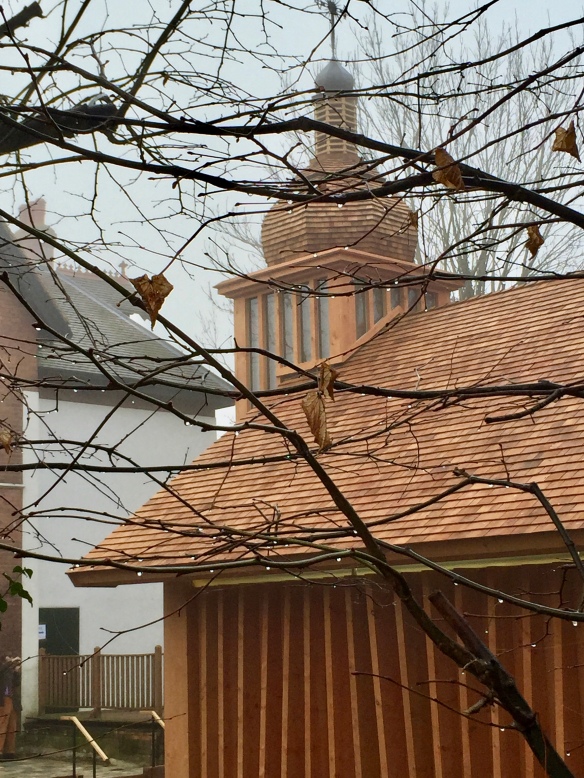 You might think this little wooden church is somewhere in Russia, or Eastern Europe, but in fact it is in London, England. It’s the first wooden church built in the city since the Great Fire of 1666, and also the first memorial in Western Europe dedicated to the Chernobyl Disaster. This is the Church of St Cyril of Turau and All The Patron Saints of the Belarusian People, also known as the Belarusian Memorial Chapel. 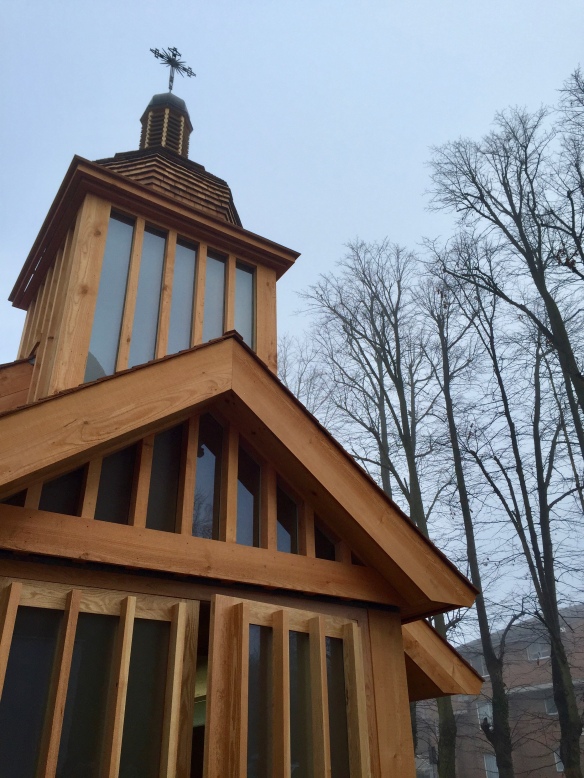 My husband is of Belarusian heritage via his mother, and has visited Belarus (where he still has family). He’s always been interested in this side of his heritage and, when we moved here, he was pleased to find a Belarusian society in London. We attended Christmas festivities there one year, which included a traditional puppet show, obviously an anticipated and much-loved part of their Christmas season. And, when the new church was built, we attended the consecration, which took place on December 17, 2016. 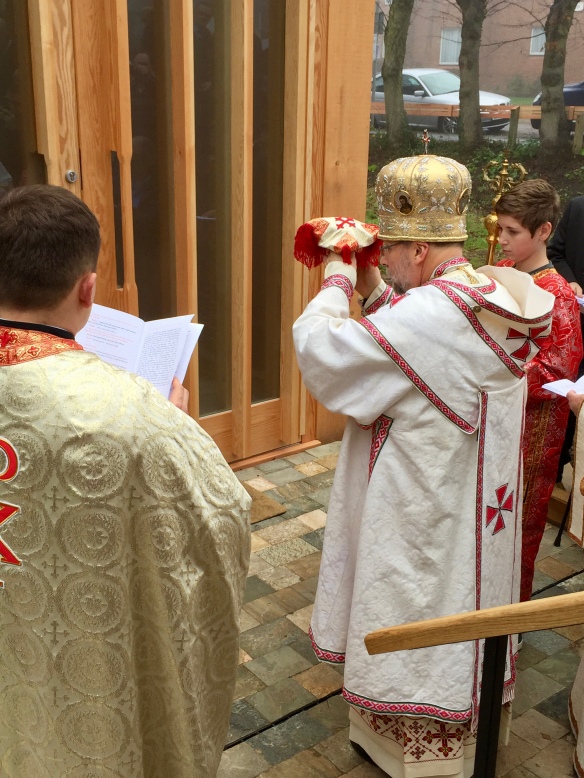 We are neither of us particularly religious – spiritual is probably a better term, as we ascribe to no particular faith. Still, we respect the faith of others, and felt it an honour to be there on consecration day. Many important figures from the Belarusian church travelled to attend the event, which was conducted mainly in their native tongue. 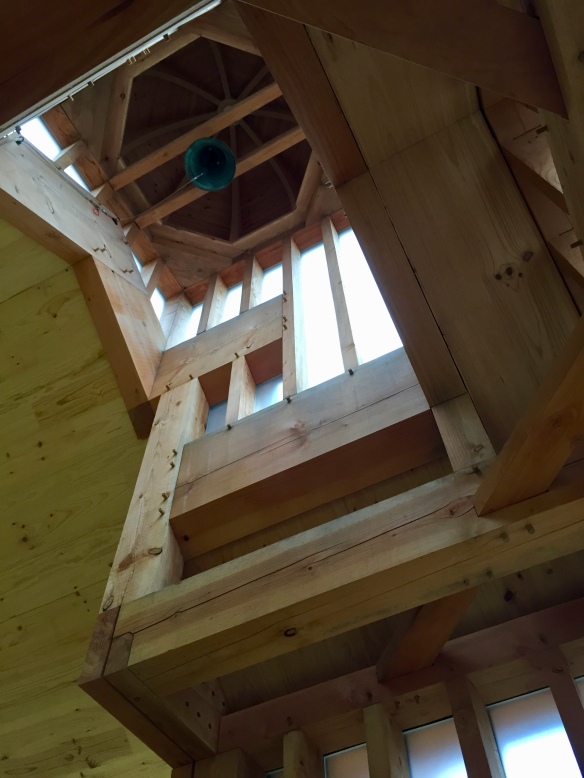 The church is built entirely of wood and glass – even the pegs holding it together are timber. It was featured in the 2017 London Festival of Architecture, and received the RIBA London Regional Award of the London Institute of British Architects. The design is based upon traditional rural wooden churches in Belarus, and has a beauty and simplicity which is timeless. As we listened to the voices chanting, smelt the incense, the red and gold and white robes against the pale wood, it felt like a window into history, into an older time. 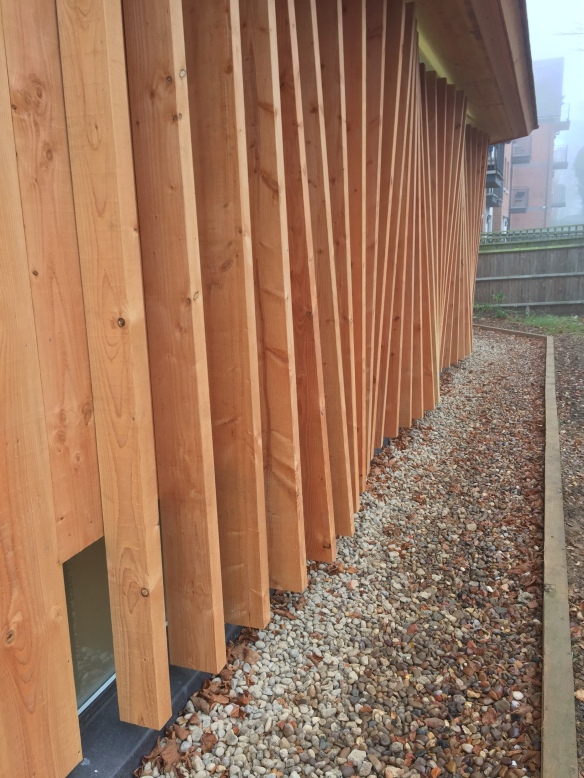 Later we stood outside in the clear cold air as the clergy walked in procession, blessing the building. Once the service concluded we departed, heading for lunch in a comfortable pub, blankets wrapped around our cold feet as we drank beer and ate pizza. It felt strange, stepping back into the ‘real’ world. A trip in more ways than one. 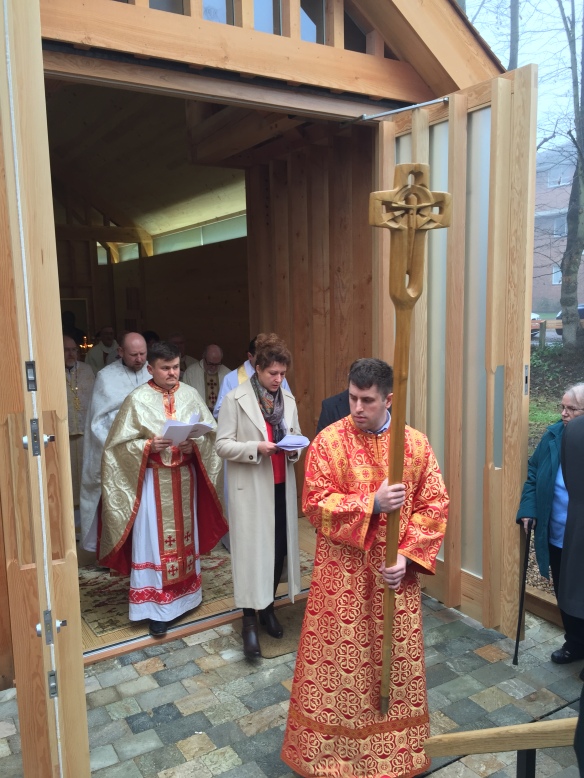