So this was it. The final stop on my weekend with the Silent Eye, not far from where it had begun for me, two days earlier. We were very close to Aberdeen airport, but, other than the occasional plane or helicopter overhead, you wouldn’t have known it.

We were standing on high ground overlooking a river that turned, serpent-like, through a green landscape. A huge boulder sat on the edge of the drop and across the river from us were several homes, nestled among trees. Behind us was a ruined church, roof and windows long gone. Yet it still held secrets. 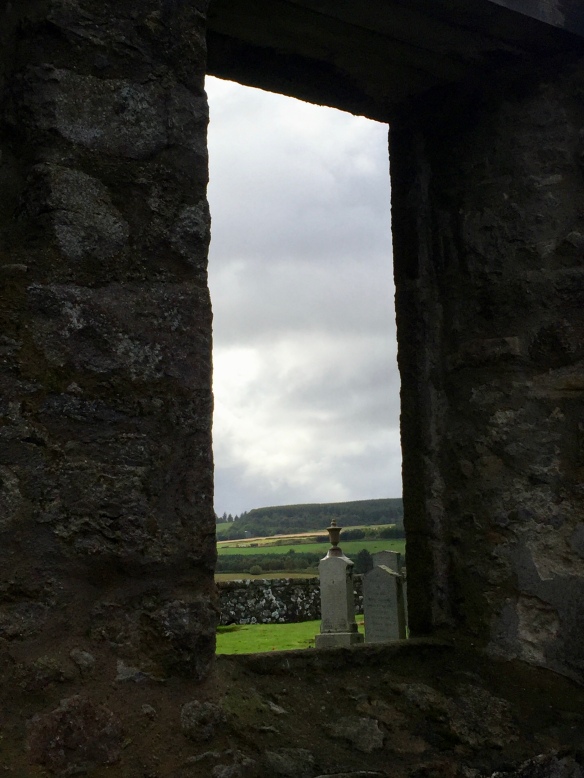 We went into the tidy churchyard, rows of stone monuments to war dead from both sides reminders of a not-too-distant past. The church itself, dedicated to St Fergus, was built of grey stone, weathered by time like the grave markers surrounding it. Interesting that it was the second church of the weekend – sacred places in the landscape were often overtaken by others as beliefs changed, often as part of the process and against the wishes of the community. 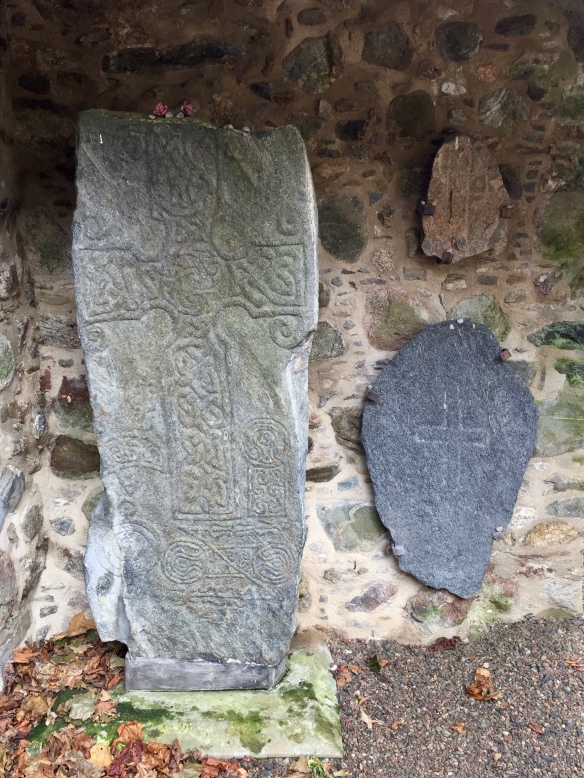 Yet symbols and relics remain, and inside the church were several such reminders of a far more distant past – the Dyce symbol stones. Carved Pictish stones, once again marked with the mysterious symbols we had seen on the Maiden stone and others, stood against the wall just inside the door, a small wooden overhang protecting them from the worst of the elements.

There was a double disc and z-rod, and another of the mysterious beasts that look like a cross between a bull and a dolphin, their message obscured by the passage of years. There were Christian symbols too, reminders of a time when Christianity and mystery dwelt side-by-side. On another carved stone set into the wall itself, white quartz pebbles had been left in offering, a nod to a much older belief system.

After spending some time in the chapel we went back out to where the land rose high above the river Don, one of two rivers from which Aberdeen takes its name. We stood in a circle around the large boulder, water below us, the sky wide above, and shared readings and reflection, a last opportunity to consider all that we had seen and experienced over the weekend. 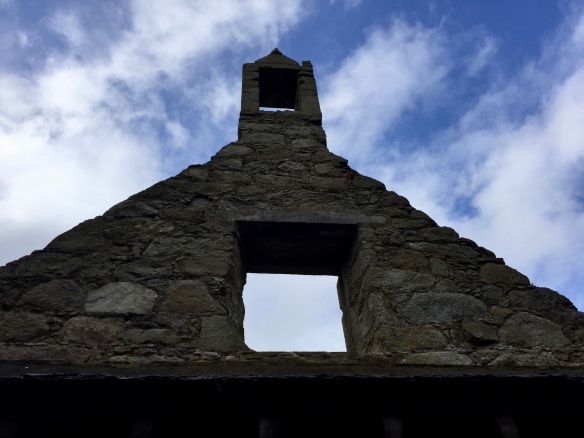 All too soon, it was farewell. We split up into separate cars, with plans to meet down the road for tea and a last chat. However, roadworks scuppered that plan, sending us in different directions until we realised we had no choice but to simply keep going. I ended up at the airport earlier than expected, finding it strange to be all at once alone. However, I’d booked into the lounge so spent a comfortable afternoon watching planes and helicopters take off and land, still half in a dreamworld of mist and rain and dark Scottish pines, grey stones humming with power and warmth. It seemed a million miles from the modern world of steel and internet, and perhaps, in some way, it was. 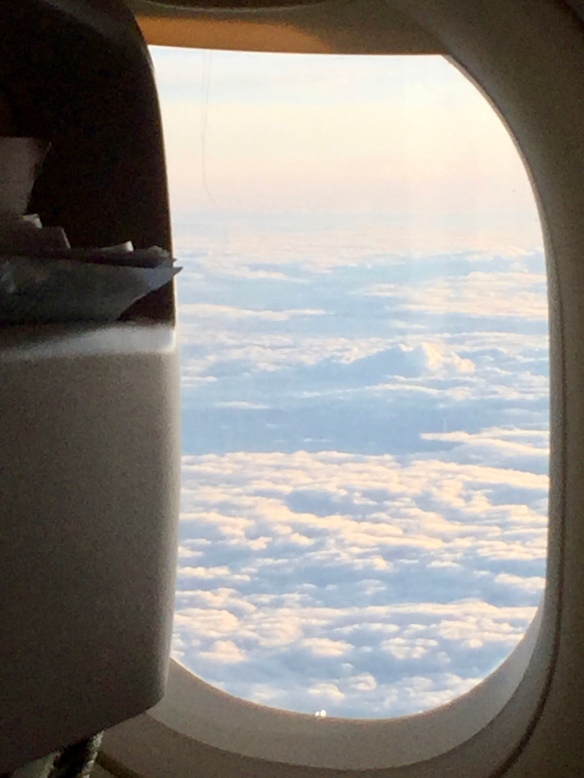 Later, as I flew above cloudscapes coloured by the setting sun, I reflected on the weekend I’d just spent, the joy of spending time with companions known and the pleasure of meeting companions new. It seemed to me that it would take some time for me to process all I’d experienced and so it has been, this final post coming some six weeks after the fact. Even now, I can feel the resonance of that weekend, of lessons I think I’m still learning on a lot of levels. Scotland was a challenging land, a land that did not compromise, that refused to conform. Yet it was also a place of great beauty and welcome, and somewhere I instantly fell for, no matter the weather it threw at me.

I can’t wait to go back.

This is the final instalment of my account of a recent weekend away in Scotland with The Silent Eye. Click here to read part one, part two, part three, part four, part five, part six and part seven.