A few weeks ago, Hugh over at Hugh’s Views and News posted an image he had taken on the beach which featured a strange glowing orb. We ended up having a conversation in the comment section, as I had also blogged about a photograph in which I’d captured some unexplained phenomenon. I mentioned I had a few other shots in which these ‘orbs’ had shown up, and promised to do a post. So here it is.

I took these images at Warwick Castle about five years ago when the Castle was all decked out for Christmas, so they are very timely. Warwick Castle is the ancient seat of the Earls of Warwick and has a building history spanning almost a thousand years, from the original Norman motte and bailey to the Victorian renovations done when Lady Warwick was a favourite of the Prince of Wales, who often visited.

The first image is taken inside the Great Hall, which, as you can see, was set up for a Christmas function. As you can also see, there are loads of orbs in this image, including a tiny one way up high, and another hovering like a bauble at the lower right of the Christmas tree. There is also a cluster of orbs running along the left side of the image. Perhaps a ghostly party going on? Or just a dusty old castle? 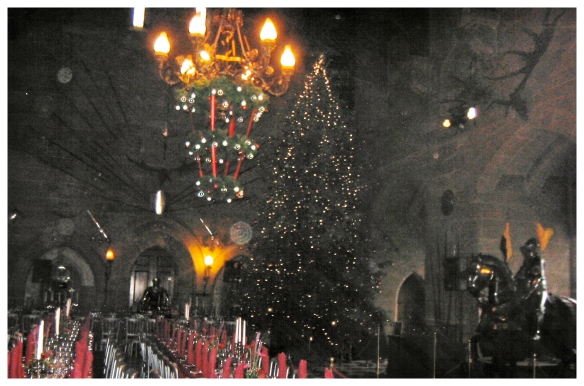 This second image was taken in one of the drawing rooms, renovated in Victorian times but dating back several centuries earlier. In this image there are two visible orbs, one at the base of the wall sconce, the other by the curtain tie-back on the right. 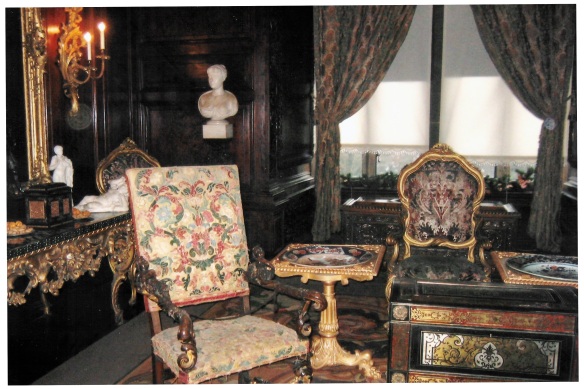 And just for comparison, here is a shot I took just a few minutes later in the room next door – the Gift Room. As you can see, the lighting is similar, but there are no orbs. So I guess I can dismiss dust on the lens? 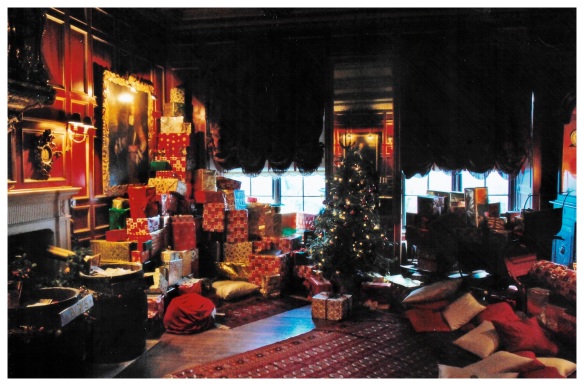 All the photos were taking using a digital camera within a single half hour period. So I leave them here without any further comment. Looking forward to hearing yours 🙂

18 thoughts on “A Question Of Orbs”