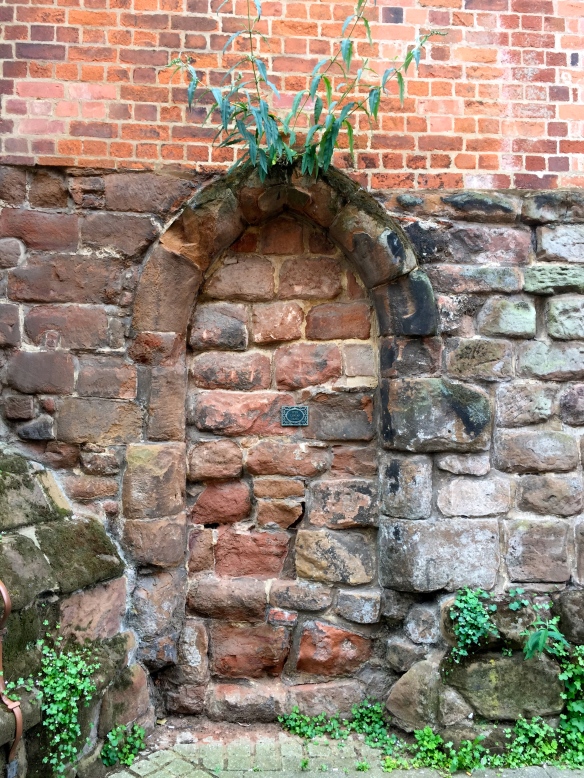 Sorry, I don’t have a snappy punchline 😀 Instead I have a door – or, to be more precise, a doorway. The door is long gone, the doorway bricked over and its only ornament a crown of green. But once there was a door here, probably nine hundred years or so ago. 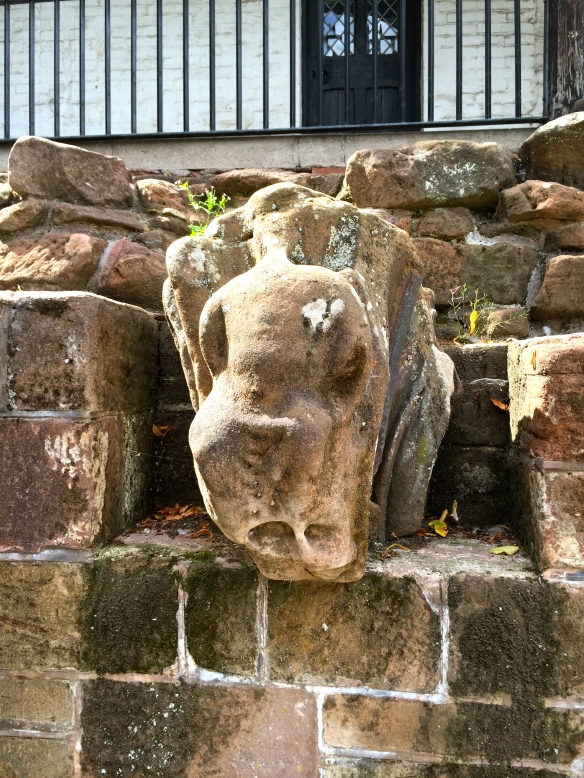 This is the corner of St Mary’s Cathedral, Coventry, the first cathedral to exist in the city. The original monastery on the site was built in 1043 by Leofric and Godiva (yes, that Godiva), Earl and Lady of Mercia at that time. The cathedral was completed about two hundred years later, and remained there until the 16th century, when good old Henry VIII, busy dissolving monasteries around the country, ordered it destroyed. 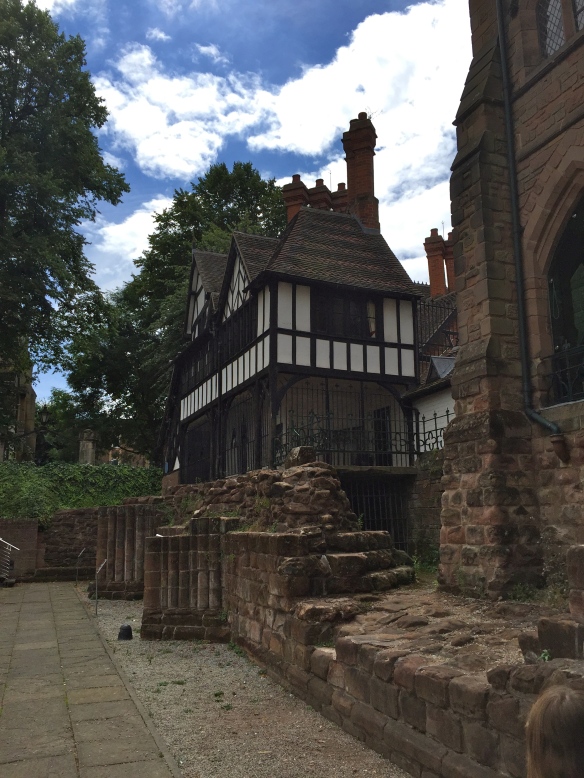 In 1856, the Blue Coats School built a new school building on the site, incorporating part of the ruins in the base – this is what you can see here, the newer red brick contrasting with the ancient stones of the old cathedral. The rest of the cathedral was buried, gradually, only bits and pieces remaining above ground. 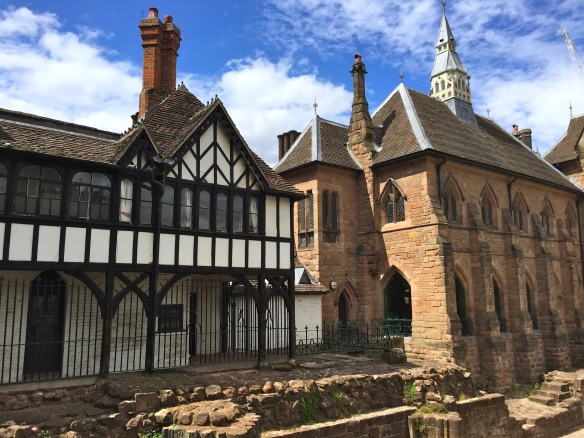 Then, in 1999, Time Team were invited to Coventry to excavate St Mary’s. The archaeology was so good that the TV show broke their rule of staying only three days on one site and stayed an extra day, eventually discovering a long-forgotten burial chamber containing the bones of one of Coventry’s first priors. A subsequent visit revealed more artifacts, and their excavation is preserved, the ancient cathedral site revealed once more.

This is my entry to this week’s Thursday Doors Challenge, courtesy of Norm 2.0. For more doors, or to add one of your own, visit Norm’s site and click the link.

37 thoughts on “Thursday Doors – When Is A Door Not A Door?”